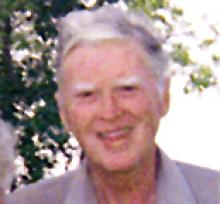 DENIS PATRICK BOWES DALY June 18, 1930 - March 24, 2018 Denis died peacefully in his sleep in the early morning hours of March 24 at the Grace Hospice. He is predeceased by his wife Lois (November 7, 2015) and son Michael (March 1, 2012). He is survived and was loved by daughter Kathleen (Wayne Loewen), sons, Shawn (Susan) and Kerry Daly, and grandchildren, Shea Loewen Lazarow (Alex), Patrick Daly (Kellyn) and Jacynthe Daly (Micheal), his great-granddaughter Fianna Daly, and his brother Jim Daly and family. Denis was the consummate renaissance man - and a caring family man. He always had a new project under development, right up to his final days in hospice care. In 1951 Denis started his own business, Daly Display, and worked with many talented artists over the next few decades. The highlight of his career was when Daly Display was awarded the contract to build the Western Canada Pavilion display at EXPO '67 in Montreal. He was an active member and then chair of the Design Institute of Manitoba and the Design Council of Canada. A small park, Daly Gardens, was named in his honour for his volunteer work with the Charleswood Recreation Commission. Later, he joined the Manitoba Government and worked on their business development and tourism initiatives. Perhaps because both his grandfather and mother were born on the continent of Africa, Denis always had travel in his blood. His early years were filled with adventures, one of the greatest of which was a 1949 trip to Costa Rica with his brother where they met the new revolutionary President (and distant relative) Jose 'Pepe' Figueres. He often talked about his trips to Ireland and Scotland, as well as two cruises to the Mediterranean where Denis and his beloved wife Lois met some lifelong friends. He also instilled a love of camping in his children and grandchildren. Denis was an artist who tackled every medium, from wire sculpture to watercolor, and he was a gifted designer. He designed and built his family's Charleswood home in 1961, where they lived for the next 50 years. The dining room table would always be covered with his latest project, from cartoons, to a stage production's props, to 3D patio landscaping models. Then the table would be cleared for large family dinners, which he often cooked himself, or for one of the many parties and events that he and Lois hosted at their home. On weekends in the summer, he and Lois were to be found tending to their vegetable garden. Denis was interested in everything and everyone. He took the time to get to know each person he met, and never ran out of new stories to tell or questions to ask. He went far out of his way to help countless people during his lifetime, never accepting anything in return. He has been an inspiration to everyone he has ever met, and he will be forever missed. The family would like to thank the staff at the Shaftesbury Retirement Residence and the Grace Hospice for their kindness and caring. A private family gathering has been held.