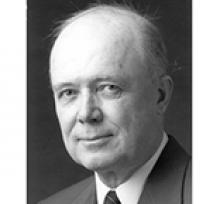 PETR CERNY Petr Cerny passed away peacefully at Grace Hospital in Winnipeg on April 7, 2018 at the age of 84 after a lengthy battle with Parkinson's disease. Petr will be missed by his wife of 52 years, Iva, and his stepchildren, Susan (Ken) and Mirek (Florinda). Born and educated in Brno, Czechoslovakia, Dr. Cerny earned his graduate degrees in geology from University of Brno and the Geological Institute of the Czechoslovak Academy of Sciences. Petr and Iva moved to Winnipeg in 1968, where he joined the staff of the University of Manitoba, first as a postdoctoral fellow and progressing through the ranks as a professor of geology, eventually being awarded the title of Professor Emeritus in 2000. Dr. Cerny was world-renowned in his field, an expert in mineralogy and geochemistry, in particular in the field of granitic pegmatites. His prolific research spanned sixty years, with the publication of 322 papers in peer-reviewed journals and reports, two books, and hundreds of other publications, field-trip guidebooks, and conference abstracts. He was particularly well known for his research on the Tanco mine and other pegmatites in southeastern Manitoba. His impact on science was celebrated by the naming of the mineral cernyite in his honour and in the dedication to him of three thematic issues of The Canadian Mineralogist. He was elected a Fellow of the Royal Society of Canada in 1991. Among the many awards he received are the Past Presidents' Medal of the Mineralogical Association of Canada (1984), the Logan Medal of the Geological Association of Canada (1993), the F. Posepnu Gold Plaque of the Academy of Sciences, Czech Republic (1993), and the Friedrich Becke Medal by the Osterreichische Mineralogische Gesellschaft (1994). He was active in many professional organizations, including as a Distinguished Fellow of the Geological Association of Canada, a Life Fellow of the Mineralogical Society of America, a Member of the Mineralogical Association of Canada, and until recent years, a member of the Association of Professional Engineers and Geoscientists of Manitoba. Petr enjoyed many passions outside work, but none as much as his beloved dogs. He was an avid sportsman and an accomplished photographer. He maintained lifelong friendships with his colleagues and former students in Canada, Czech Republic and throughout the world. At his request, cremation has taken place, and a private Celebration of Life will take place at a later date.