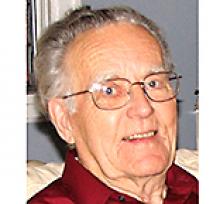 IVAN FREDERICK SMITH Peacefully, on Tuesday April 3, 2018 at Deer Lodge Centre, Ivan Frederick Smith passed away at the age of 99 and has joined the love of his life Ann, who predeceased him on January 24, 2013. Ivan leaves to mourn his four children, Dick Smith (Jan), John Smith (Lindi), Fred Smith (Karen), and Debbi Peterson (Lawrie). He leaves his beloved grandchildren, Stacy (Casey), Blair (Michael), Stephen (Brittany), Bill, Kevin, Brodie (Paul), David, Amanda (Andrew), Danielle (Anthony); and his great-grandchildren, Greta and Eddie; numerous nieces and nephews and his special dog Gordy. He was predeceased by his siblings, Harvey, Margaret and Elsie. Ivan was born in Winnipeg and spent much of his early years in Kenora, Sioux Lookout and Thunder Bay. He was patient and a hard-working man. He led a full and varied life. In his early years, he went to business school in Winnipeg and worked in accounting for a number of companies. He had a passion for flying and was a pilot for many years, including service in the Royal Canadian Air Force. He was involved in the establishment and running of the family business of Lakehead Freightways Ltd. He owned a hotel in Fort Lauderdale, Florida before returning to Winnipeg. He and Ann lovingly restored numerous homes in the River Heights area. Dad was a true gentleman. He was devoted to his wife and family. Family meant everything to Ann and Ivan. They were wonderful, loving and caring parents and grandparents and will be greatly missed. Right to the end, Dad never wanted to be fussed over but was thankful for the caring assistance he received from the home care workers, Victoria and Grace Hospitals and the staff at Deer Lodge Centre. A private family Celebration of Life will be held in June, when Dad would have turned 100. In lieu of flowers, a donation can be made to the Victoria Hospital Foundation or to the Deer Lodge Foundation. THOMSON FUNERAL HOME 204-783-7211 Condolences may be sent to www.thomsonfuneralchapel.com