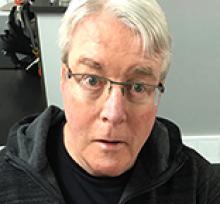 RANDOLPH B. MCNICOL, Q.C. July 31, 1950 - June 8, 2018 It is with profound sadness that the family announces the sudden passing of Randy McNicol after a tragic and accidental fall. Left to cherish his memory are his loving wife of 43 years, Catherine, his children, Curran (Erin), Scott (Nikki), Shannon (Chris Ateah) and Colin. Randy is also survived by his brother David (Cynthia), aunt Gloria Busch (Ken) and many nieces, nephews and extended family members. He was adored by his five grandchildren, Isla, Declan, Cohen, Quinn and Lily. Randy will be markedly missed by his family, many great friends and colleagues. He was a loving husband, father, papa and mentor. Randy touched the lives of those who were fortunate enough to come into contact with him. Randy was born and raised in Winnipeg, Manitoba. He attended St. Paul's High School and ultimately the Faculty of Law at the University of Manitoba. Randy had a distinguished 30-year career at Fillmore Riley as a lawyer before retiring in 2003 after suffering a stroke. During his career, Randy was known as a force in all aspects of advocacy. He was a litigator with tremendous work ethic and unquestionable ethical standards. Randy was involved in many significant cases during his career, including several public inquiries that impacted the legal landscape in Manitoba. Randy served as a Bencher of The Law Society of Manitoba and in 1990 was appointed a Queen's Counsel. Randy loved his job and had a true passion for the law and helping others. In addition to his professional activities, Randy also gave his time to Marymound School, Legal Aid Manitoba, St. Paul's High School and acted as the Honorary Solicitor of the St. Andrews Society of Winnipeg. Although his stroke robbed him of his illustrious career, Randy showed courage and fortitude in dealing with adversity. Randy was proud of his Scottish heritage and of the time he spent piping in The Queen's Own Cameron Highlanders of Canada Pipe Band. Randy had a tremendous passion for the outdoors and, in particular, hunting and fishing. He enjoyed the genuine camaraderie developed on hunting and fishing excursions with friends and family to Delta Marsh, La Rivière, Sparrowhawk Lake, Shoal Lake, Winnipeg River, Nejalini Lake and Lake of the Woods. Most of all, Randy loved his family unconditionally. He was a devoted and kind husband and a supportive and giving father. He took great pride in his children and grandchildren and served as an exceptional role model. Randy enjoyed countless trips with his family to Longboat Key, Florida, his favourite place. Randy was also fun and enjoyed humour, even if at his own expense. He was loyal, generous and made all those around him better in every way. A celebration of Randy's life will be held at 4:30 p.m. on Tuesday, June 19, 2018 at The Gates on Roblin, 6945 Roblin Boulevard. In lieu of flowers, donations may be made in Randy's memory to the Randolph B. McNicol, Q.C. Memorial Scholarship at the University of Manitoba Faculty of Law, which can be found online at http://give.umanitoba.ca/RandolphMcNicol. THOMSON "IN THE PARK" 204-925-1120 Condolences may be sent to www.thomsoninthepark.com
Publish Date: Jun 16, 2018

RANDOLPH B. MCNICOL, Q.C. July 31, 1950 - June 8, 2018 It is with profound sadness that the family announces the sudden passing of Randy McNicol, at the age of 67 years. Memorial service arrangements are pending. A longer obituary will follow.
Publish Date: Jun 12, 2018