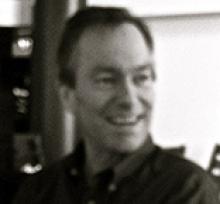 DARRYL ROGER FERGUSON Darryl Roger Ferguson of Winnipeg, MB, husband of Carol Garmaise, and loving father of Jacob, Nathan and Leanne, passed away Monday, June 4, 2018 at the age of 53 years. Darryl was born in Saskatoon, SK on June 16, 1964, and he was raised and educated in Moosomin, SK. He left home in 1982 to further his education, graduating with a degree in commerce from the University of Saskatchewan in 1986, then later graduated from law school at Osgoode Hall Law School, York University in 1990. He would go on to practice law with the firm of McCarthy-Tetrault until 2012. In more recent years he practiced law for the City of Winnipeg until his passing. Darryl was predeceased by his mother Beverly, and his grandparents, William and Margaret Ferguson, and Roy and Evelyn Ganyo. Darryl is lovingly remembered by his father Alan, wife Carol, children, Jacob, Nathan and Leanne, brother David, sister-in-law Glenda, nieces and nephews, Louise, Marcus and Joshua Ferguson, aunts and uncles, Darlene and Jim Kraus, Lee and Marlene Ganyo, Ray and Sandy Boughen, numerous cousins, friends and colleagues. A service to celebrate Darryl's life will be held at the United Church of Moosomin on Thursday, June 14 at 1:00 p.m. If friends so desire, a donation in Darryl's name can be made to the Toronto General Hospital, https://www.tgwhf.ca/card-builder/ Arrangements are in care of Brockie Donovan Funeral & Cremation Services, Brandon, MB, (204) 727-0694