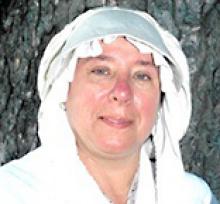 MARIE EVELYN ZORNIAK (nee SHEWCHUK) October 17, 1952 - June 25, 2018 It is with deep sadness that we announce the passing of Marie, beloved wife, mother and sister, on June 25, 2018, at St. Boniface Hospital following a short illness. She is lovingly remembered by her husband Don; sons, Jeremy (Darcie) and Derek (Brianna) and her sister Eileen; and many family and friends. Marie was predeceased by her mother and father Nicholas and Minnie Shewchuk. Marie grew up and attended school in the north end of Winnipeg. She married the love of her life, Don, June 2, 1973 and they became the original Donnie and Marie. She worked for the Winnipeg Tribune and the Manitoba Telephone System. Marie's sons were her joy and focus and continued to be until her last day. In 1986, she decided to enter the Faculty of Education and follow her dream of becoming a teacher. She was a passionate and talented teacher. She touched the lives of many students and fellow educators with her determination and zest. Marie took the time to know each of her students as individuals and provided guidance and love to all of them. Marie had a love of history and spent many summers travelling to historic War of 1812 sites in Canada and the United States where she soon earned a reputation of being a gourmet cook. Cooking over an open fire she fed many fellow living historians. Eventually Marie's passion expanded to include other time periods including; First World War and Second World War eras. She was the consummate organizer and volunteer; she assisted and ran workshops for students and fellow educators. She was one of the original organizers of the Red River Heritage Fair and worked tirelessly on the Manitoba Social Studies Teacher Association (MTS PD Day). She was a dedicated member of the Manitoba Living History Society. In her spare time, Marie loved to travel. Europe was her favourite destination. However, once her son Derek moved to Texas she discovered another favourite destination. It was Marie's plan to spend her retirement days embarking on new adventures. Sadly, it was not to be. She is now up there organizing, cooking and teaching. A special thank you to the doctors and nurses of St. Boniface General Hospital for their caring and compassionate treatment. A Celebration of Life will be held at Korban Funeral Chapel, 907 Main Street on Friday, June 29 at 10:00 a.m. with interment to follow at the St. Vital Cemetery. In lieu of flowers, donations can be made to CancerCare Manitoba or Canada's History Society at www.canadashistory.ca. KORBAN FUNERAL CHAPEL (204) 956-2193 www.korbanchapel.com