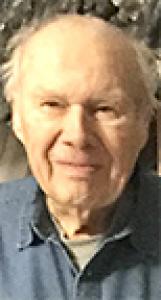 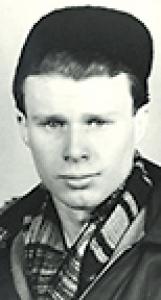 KEITH BOWES 1926 - 2018 The family of Keith Bowes are sorrowed to announce the passing of Leslie Keith Bowes on July 6, 2018. Dad was born December 28, 1926 on his parents farm outside of Portage la Prairie, Manitoba. From his earliest days when he was delivered by his grandmother, he had had his family nearby. His parents, Les and Alice, and sisters, Muriel and Joyce, and his grandmother Anna Hulme were an influence throughout his life. Since childhood, Dad was a talented designer, inventor, builder and scientist. He built a short wave radio station to communicate with his friend. He designed and built himself a model airplane when he was a young teen. When he was 18, he purchased his first aircraft and began flying up in northern Manitoba as a bush pilot in the late 1940s. He soon established Bowes Airways based in Sherridon/Cold Lake, Manitoba. Northerners came to know him as "The Flying Kid". In the 1950s he returned to the family farm to help clear brush from the land. This led him to turn his enterprising skills to road building in southern Manitoba. Bowes Construction was involved in building many of our roads and highways. His farm runway was later developed into Bowes Road. His first mobile home was built as a camp trailer to house him and his road crew during construction season. He met his lifelong friend Max working on construction. Their friendship has continued since. He met his future bride Diane, who was by his side for nearly 62 years. They began their new life together living in the camp trailer while he built their new home. So began his home building endeavours. The 1960s was the beginning of his over 50-year involvement in the manufactured home industry with Bowes Polar King Homes. Dad was greatly respected for his hard work and many pioneering innovations and accomplishments in the industry. Sales and manufacturing lead him to design, and build his masterpiece, Bowes Estates Park, a community housing more than a 100 families outside of Portage. Dad was flying his plane, selling homes, and building his park well into his 80s. He found time to travel the world, visiting Europe, the Middle East, South America, Antarctica, Japan (to watch his beloved Jets play against the Soviets in the 1970s), as well as the USA and Canada. His passions included astronomy and celestial sciences, photography, reading and music. He was a talented self-taught musician. He tickled the piano ivories nearly every day, mastered the accordion and truly loved playing the guitar. His favourites included many of the jigs, polkas and waltzes he had learned throughout his early years at the Bowes Barn Dances, hosted by his parents, Les and Alice. He was a great dog lover and many will remember his constant companion, Red. Dad will be deeply missed by his wife Diane, his children, Elita, Shelly (Kelly), Susanne, Robert and Leslie, many grandchildren, great-grandchildren, and great-great-grandchildren, as well as his sisters, Muriel and Joyce. Thanks for everything Dad. A Celebration of Life will be held on Saturday, July 14, 2018 at 1:00 p.m. at the Herman Prior Centre in Portage la Prairie. In lieu of flowers, Keith and his family would be grateful for donations made in his memory to Portage Animal Welfare Society (PAWS).