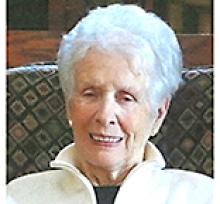 MAUREEN VALERIE PHILP (BERRINGER) Maureen passed away peacefully on July 30, 2018, at the Grace Hospital with family at her side. She is survived by her husband Alan; daughters, Lisa Deitz, Pamela Sullivan (Tom), and Andrea Philp (Paul Downie); grandsons, Christopher and Andrew Sullivan, and Johnathon and Alan Jeffrey Deitz; and sister Marilyn McLoughlin. Born in Port Arthur in 1930, Maureen moved to Winnipeg in 1948. She graduated from the faculties of Arts and Education at the University of Manitoba and taught at Luxton School. Married in 1953, she became a stay at home mom with the arrival of her children. Over the years she volunteered on church, community and charity boards including Middlechurch Home, YWCA, and Villa Rosa Inc. (Board Chair). Maureen's main purpose in life, however, was to ensure the well-being of her husband, daughters and grandchildren, to help them choose the right paths in all their life endeavours, and to love them fiercely. Maureen was beautiful and elegant. She was always a gracious hostess, and over the years of dinner parties and family gatherings, her menus became legendary. She loved to travel - to London for theatre, to other countries to explore their cultures and histories, and in later years, to Florida and California for sunshine and family time. Her favourite place in the world, though, was home among those she loved. She will forever be deeply missed. The family wishes to thank the staff at West Park Manor Personal Care Home for their compassionate care during Maureen's final months, and the doctors and staff at the magnificent new emergency facility at the Grace Hospital who ensured that her final hours were ones of grace and dignity. In accordance with Maureen's wishes a private interment will be held. For those who wish to sign the online Guest Book please visit www.chapellawn.ca Chapel Lawn Funeral Home 204-885-9715