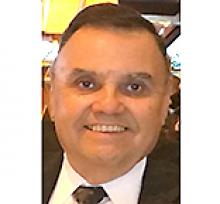 FERNANDO BLANCO GUIJON October 28, 1941 - August 14, 2018 With sadness, we announce the passing of our dear friend, Fernando Blanco Guijon. He peacefully passed away in Vancouver, BC. He is survived by his wife (Sylvia); son (Juan Carlos); daughter (Loreto); daughter-in-law (Irazu); and two grandchildren, (Javier and Nicolas), and his extended family in Chile; sister (Ana Maria) and several cousins. Fernando graduated as an M.D. from the University of Chile in 1967, becoming a specialist in Obstetrics' and Gynecology in 1970. He and his family immigrated to Canada in 1974, revalidated his specialty at the University of Saskatchewan and relocated to Winnipeg in 1979, where he became a staff member of the Gynecology Department at the University of Manitoba (U. of M.) There he pursued his academic career becoming a full professor of Obstetrics and Gynecology and did research on the influence of the human papillomavirus and cancer of the cervix. He was a member of the Foreign Residences at the U. of M., especially from Mexico and Chile. He was also a member of the Northern Clinic, attending the northern community of Manitoba. He was a consultant for the Word Health Organisation (W.H.O). After his retirement in 2008, he moved to Vancouver where he continued practicing as a surgeon assistant. One year after his retirement he was named Professor Emeritus of the U. of M. In the winter he spent time in Mexico, where he became a professor at the U.N.A.M. He served as an Honorary Consul of Chile in Winnipeg from 1992 to 2007. In 2004, he was awarded with the Queen Elisabeth II, Golden Jubilee Medal for services rendered to the people of Canada. As a friend, Fernando was an open minded, humble person who loved music, played the clarinet and was a huge fan of Beethoven, to the extent of celebrating Beethoven's birthday by having a drink while dressing his bust with a birthday hat. We, the group of his closest friends could appreciate his humour, his ideals and his "golf lessons". He will be missed.