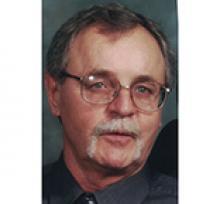 STEPHEN NORBERT DVORAK Stephen Norbert Dvorak, educator, community leader, gourmet sausage maker and patriarch, died in Vernon, BC, on August 22, 2018. Though he faced hardships, Dad enjoyed a wonderful life. With his devoted wife, Carolyn, he created a home where all were welcome, and good food was always at the ready. Married for 56 years, their bond was unshakable. They began their journey together at age 15; Mom's life revolved around Dad, and she will miss him terribly. Dad's life began in the RM of Minitonas, in Manitoba's Swan River Valley. Born on the summer solstice of 1941, he was the second son of hard working immigrants Jozef and Lydia, who arrived in Canada in 1929. His early life revolved around the family farm, his brother Frank and sister Josie, his beloved game of hockey, and finding trouble in town. He might have lived out his days in the valley, but fate chose a different course for Dad; he contracted polio in 1953, and spent the next year of his life in Winnipeg's King George Hospital. Dad emerged from hospital with some paralysis, and an abundance of resolve. Rural Manitoba in the 1950s was a difficult environment, and traversing it on crutches was, according to Dad, no picnic. Blessed with ambition and a keen mind, at 18 he set off for the University of Manitoba. The record shows that he didn't quite live up to his academic potential. That trait, he would observe, was dutifully passed on to each of his four children. Happily, he made good on the next challenge, and began a career in education that both sustained, and -at times- exhausted him. Donning a white sports coat, and likely a pink carnation, he and Mom married in May 1962. In the early years of their union, he and Mom traversed the great province of Manitoba, with stops in Swan River, Rossburn, Cranberry Portage and Gillam. Remarkably (as he stood a mere 5'7"), during this time Dad excelled as a basketball coach. By 1969, Dad had attained his Master of Education, and completed the transition from teaching to administration. Here, his leadership skills, compassion and mental toughness found their proper match, and he excelled. Rising to become the superintendent of schools in Assiniboine South School Division, he touched thousands of lives. He also made just enough money to support his four boys and a fancy car habit (with a questionable fondness for two door coupes). During his working years, Dad enjoyed the comraderie of his work mates, and especially the planning sessions at Minaki, where most of the big decisions were made on the water while landing sizeable pickerel. His love of fishing was infectious, and images of Dad commanding his beloved red Vanguard around Wellman Lake - or perhaps Mom pulling it through the shallows when that cranky Chrysler 75 failed, yet again - are etched into our collective memory. While his career was challenging, it was no match for life at 246 Wharton. For anyone who witnessed the boys' adolescent years, with five cars in varying states of disrepair strewn about, wild pool parties and even wilder ball hockey games, it would be surprising to know how calmly he and Mom withstood the storm. Like all fathers, he dispensed old school wisdom that was met with varying degrees of acceptance. But unlike all fathers, he often demonstrated a deep stoic bent, accepting those things he could not change. He and Mom completed their Sisyphean labours, and eventually all four boys were safely moved out of the nest. Having given some of his best years to the school system, in 1998 Dad took early retirement. He and Mom spent their days hosting grandchildren, rehabbing the family home, and planting colourful flowers to create a most unique oasis. One could not drive past their house without catching a glimpse of Dad and Mom working their yard, or sitting on the patio enjoying the view. In retirement they made regular trips to Grand Forks, where Dad enthusiastically purchased tea cups and other dazzling objets d'art, which he generously shared with his growing family. After enjoying Manitoba's delights for 74 years, in 2015 Dad and Mom moved to Vernon, BC. While their time in Vernon was marked by a sad decline in Dad's health, he did find pleasure in their new setting. In accordance with his wishes, Dad will be interred in the Minitonas Cemetery, completing the circle of his life. Dad was not defined by his physical limitations, and through his journey taught us the power of gratitude and acceptance. By these lessons, he will endure. In lieu of a funeral service, Carolyn, along with sons, Steven (Teresa), Jon (Stacey), Donovan (Dana) and Brendan (Kelly) ask that you join them at a Come & Go Tea, 1:00 p.m. to 3:00 p.m., September 23, at the Pavilion in Assiniboine Park. There will be no formal program, but there will be a chance to visit, eat dainties, and tell stories together - just what Dad would've wanted. "I have fought a good fight, I have finished my course, I have kept the faith."