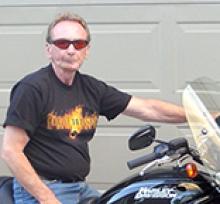 TOM BEECH It is with great sadness that we announce the unexpected passing of our dad, Tom Beech. Tom was predeceased by his parents, John and Kay, his brother Ed, and his niece Terri. Tom leaves behind his sister Gail; daughters, Charlene (John), Kelly and Kacey; granddaughters, Maddy, Jessica and Riley, and numerous nieces and nephews. Tom was a proud and long standing member and past president of the Appraisal Institute of Canada and holds the Accredited Appraisal AACI, P.App. Designation. Independent at heart, Dad formed Beechcrest Appraisals Ltd. in 1983 and ran the company for over 30 years until joining Dennis T Browaty and Associates. Dad was a dedicated sports fan, cheering the Toronto Blue Jays even in the lean years. He travelled to Toronto a few times to cheer them on in person. Dad was also a diehard Jets fan, taking his girls to the games since they were little. He also spent many happy years riding his Harley with his longtime friend Al. He will be greatly missed by all that knew and loved him. Funeral service to be held on Thursday, September 20, 2018 at 7:00 p.m. in the Gilbart Funeral Chapel, Selkirk, Manitoba. Donations can be made in Tom's memory to CancerCare Manitoba Foundation. Condolences, pictures and videos may be left on his tribute wall at www.gilbartfuneralhome.com Gilbart Funeral Home, Selkirk in care of arrangements.