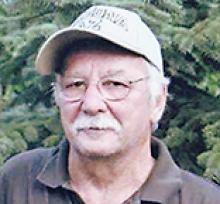 WILLIAM KOHUT Suddenly on Saturday, September 29, 2018 Bill passed away at the St. Boniface Palliative Care. He will be greatly missed by his wife of almost 50 years, Corinne (Corky), his son Arron (Gail), daughter Angel, and his four grandsons, Nathan, Ben and Max Kohut and Riley Sheridan; his sister Shirley and brother-in-law Ken Crawford, sister Darlene and her family, brother-in-law Rick and his wife Carol, numerous nieces, nephews, aunts, uncles and cousins here and in England. He was predeceased by his mother Elsie his father Bill, his in-laws, Harold and Helen Crawford, and sister-in-law Maureen. Bill was born in Winchester, England on September 5, 1944. After the war, he travelled with his mom, on the Queen Mary, to Halifax and then by rail to Winnipeg. For the first few years, they lived on the Kohut family farm near Emerson, until a home on Airlie's Street was available. Bill lived there with his mother and sisters until he married in 1968. Bill and Corrine built a home in West St. Paul 45 years ago, raised their family and had a great life until his passing. Bill was a hard worker, at 22 he joined the Ironworker's Union 728 and the last 35 years he was a welder with the Boil Makers Local 555 (Triple Nickel). When he was younger Bill loved to fish, hunt and snowmobile with the guys. For the last 18 years, winters were spent in Yuma, Arizona with many wonderful, dear people. Friends and family always had lots of great times and memories over the last 50 years. As per Bill's wishes no funeral will be held. In lieu of flowers, if so desired, a donation can be made to the Alzheimer Society, or the Winnipeg Humane Society, in Bill's memory. NEIL BARDAL FUNERAL CENTRE 204-949-2200 neilbardalinc.com