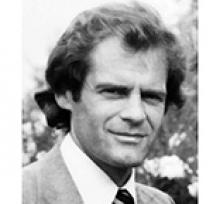 DONALD SAMUEL RENCZ Donald Samuel Rencz, 73, returned home peacefully to be reunited with his beloved parents on October 11, 2018 in Winnipeg, MB. Don was born January 22, 1945 to Samuel and Jean Tylasky Rencz in Camrose, AB where he was happily raised. Don was the oldest of four children, spending his youth in Camrose, AB and Maple Ridge, BC. He graduated from the University of Alberta with a bachelor's degree in 1967 and a Master's in Education in 1975. He received his PhD from Oregon State University in 1978. Don moved to Winnipeg, MB in 1978 where he was a beloved professor at Red River College for 37 years before retiring in 2015. Don had a passion for world travelling, road trips, bike riding, photography and garage sales. He loved sports and excelled in baseball. Don played racquetball for 50+ years and ran the full Manitoba Marathon in 1985 (with absolutely no preparation). He loved talking to strangers because "everybody can teach you something". Don will be remembered for his hilarious stories and his love for his family, especially his children and grandchildren. Don is survived by his three children, Coogan Rencz of Washington, DC, Sarah (Jeffrey) Dalisay of Pittsburgh, PA and Mariah (Robert) Reese of Niagara-on-the-Lake, ON; five grandchildren, Sebastian Reese, Saxon Reese, Jenna Dalisay, Skielor Reese and Samuel Dalisay; three siblings, Doreen (Jack) Fenton of Tsawwassen, BC, David (MJ) Rencz of Canmore, AB and Andrew (Sandy) Rencz of Ottawa, ON; seven nieces and nephews and 11 great-nieces and nephews. He was preceded in death by his parents, Samuel and Jean Rencz, and sister Annette.