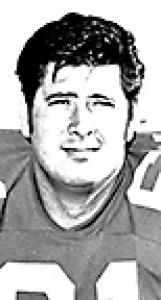 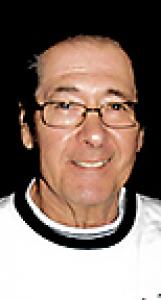 ROGER HAMELIN It is with great sadness that we announce the passing of our beloved father, Roger Hamelin. After a brief illness, Roger passed away peacefully on Sunday, November 25, 2018. He will be sadly and forever missed by his daughters, Kimberley and Karla. Roger was predeceased by his parents, Pierre and Rita Hamelin, and wife Lynn, of 37 years. He is survived by his sister Pat Hamelin, and extended Hamelin family relatives. Roger was born in Winnipeg on April 27, 1941 and was raised in St. Boniface. He attended St. Paul's High School and the Manitoba Technical Institute. Upon graduation, Roger was employed as a draftsman by several engineering firms within the City of Winnipeg. He began his teaching career at Red River Community College where he taught structural drafting for over 25 years. While growing up, Roger participated in many sports (hockey, baseball, track and field, curling) but excelled in the game of football. His love for the game began at St. Paul's High School. During his junior year, he played for the Weston Wild Cats before attending his first Winnipeg Blue Bomber football camp at the young age of 18, signing with the Blue Bombers that same year. He was a member of the Blue Bombers for nine seasons (1961 to 1969). As a proud member of the defensive line during the Bud Grant era he played in three Grey Cups, two of which the Blue Bombers won. In 1994, the 1961 Winnipeg Football Club was inducted into the Manitoba Sports Hall of Fame, and in 2013, Roger was inducted into the Manitoba Football Hall of Fame. His football career gave him lifelong friendships and unique opportunities that carried over throughout the remainder of his life. Commonly referred to as "Big Rog", his love of athletics and passion for participating in all sports was a constant presence in his life. Always remaining physically active, his interests included years of running marathons, curling, and golfing. This active lifestyle was fostered and shared with his daughters. Roger was a devoted son, husband, father, and friend to many. His marriage embraced an enduring love and friendship with his wife Lynn. Kimberley and Karla were raised with unconditional love and support, as he always took great pride in their endeavours and accomplishments. After marrying Lynn, Roger's summer holidays and retirement years were spent with family and friends at their beautiful cottage at Falcon Lake, where he enjoyed all the pursuits of cottage life and always had a summer project on the go. In May of 2011, Roger suffered a serious stroke that affected his physical mobility. His work ethic to regain some independence combined with his unwavering optimism never faltered. He continued to enjoy time at the cottage, visiting with close friends and family. Over the past two and a half years, he and his family are forever grateful for the compassion, care and laughter shown to him at his home at River Park Gardens. The family would like to extend their gratitude for the staff at the Grace Hospital under the care directed by Dr. G. Borrett. As per Roger's wishes, cremation has taken place. A Funeral Mass will be held on Wednesday, December 5 at 11:00 a.m. at St. Vital Parish, 1629 Pembina Hwy., with Father Mark Tarrant officiating, with interment to be followed at a later date. In lieu of flowers, donations can be made in memory of Roger to the Heart and Stroke Foundation. The Coutu family in care of arrangements: E.J. COUTU & CO. FUNERAL DIRECTORS 680 Archibald Street 204-253-5086 ejcoutu.ca*