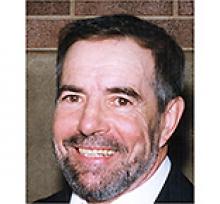 ANGEL ALVAREZ It is with heavy hearts that we announce the passing of Angel Alvarez at the age of 79. He passed away on the evening of Sunday, December 30, 2018, surrounded by his loved ones. He was dearly loved and will be fondly remembered by many. Angel is survived by: his stepdaughter Sandra Serafin-Hill (Scott); his stepson Frank Serafin (Alysa); his grandchildren, Owen, Ethan, Madeline, Stephanie, Ellie, Scott and Holly; his brother Fernado Alvarez (Christina); his nephew Miguel; niece Ranxia; extended family, and close friends. He was predeceased by his wife Marie Alvarez. Angel was born on July 25, 1939 in Gijon, Spain. During his younger years in Spain he was an electrician and in the Spanish Navy. In 1968, he immigrated to Canada and settled in Winnipeg, where he found a career with CN as a car man for 30 years. He was very active throughout his life, ran in several marathons when he was younger and played soccer. In his later years, he could be found walking throughout the community with friends daily for many hours. He was very active in the Spanish community as a member of the Spanish Club and helping with their Folklorama Pavilion. The family would like to extend special thanks to the staff of River East Personal Care Home for the care and kindness given to Angel during his stay. A service celebrating Angel's life will be held on Saturday, January 19, 2019 at 10:00 a.m., at Cropo Funeral Chapel, 1442 Main Street, Winnipeg, MB R2W 3V7, with Minister Lori officiating. In lieu of flowers, the family wishes donations be made in Angel's memory to the Alzheimer Society of Manitoba, 10-120 Donald Street, Winnipeg, MB R3C 4G2.