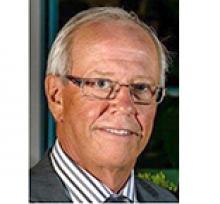 RICHARD MICHAEL ANDERSON May 16, 1946 - January 12, 2019 Rick Anderson passed away at Red Deer Regional Hospital Centre after a year long fight with cancer, his family by his side. Rick was predeceased by his parents, Jan Ole Anderson and Betty Phipps Ellor, and his daughter Karin Anderson. He leaves to mourn his loving wife, Shelley Anderson; children, Doug (Erin) Anderson and David (Michelle) Anderson; stepchildren, Kylene (Adam) Heykants, Tanya (Mike) Baker; two sisters, Laurel Anderson-MacCallum and Renie Sadlier-Brown and their respective families; loving grandchildren, Alisa, Lukas and Ole. He was a pillar of the community and will be missed by many friends and relatives in Winnipeg, Manitoba, Red Deer, Alberta, Rochon Sands/Buffalo Lake, Alberta, and Phoenix, Arizona. Rick was born and raised in Winnipeg, Manitoba. He received a Bachelor of Arts degree, majoring in history, from the University of Manitoba, before becoming a Chartered Accountant. He married Lorraine Thexton in 1968 and subsequently raised three children. After working with McLeod's in Winnipeg for four years, Rick moved his family to Red Deer, Alberta in 1982 and in 1984, acquired Peavey Industries (Peavey Mart) along with three other partners. Rick married Shelley Lensen in 2001. Rick was passionate about pickleball and was a founding member of the Red Deer Pickleball Club. He will be remembered for his generosity, intellect and witty sense of humour. Thank you for the care and support of the medical staff at Red Deer Regional Hospital Centre, unit 32. A celebration of Rick's life will be held on Saturday, January 19, 2019, at 3:00 p.m. at the Scott Block, 4816 50 Ave., Red Deer, AB. Please send photographs, written or video stories to memoriesofrick46@gmail.com. In lieu of flowers, donations may be made to the Red Deer and District Community Foundation; Jennifer Polyester Fund or the Red Deer Pickleball Club. Condolences can be left for the family at www.eventidefuneralchapels.com. Eventide Funeral Home Red Deer, AB, (403) 347-2222