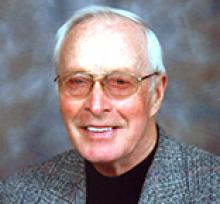 GEORGE ROBERT (BOB) TAYLOR 1932 - 2019 (86) On Thursday, January 17, 2019, at the Kelowna General Hospital, Kelowna, BC, Bob Taylor passed away at the age of 86 years. Bob was born in Portage la Prairie, Manitoba, January 19, 1932. He was the fifth of nine children born to Frank and Janet Taylor (nee Will), High Bluff, Manitoba. He was predeceased by his parents, his beloved daughter Lori Leanne, his beloved wife Lorraine, brothers: Jim, Jack, Tom, Leslie, and sister Beth. He is survived by his sister-in-law Penny Taylor of Portage la Prairie, (son Tim (Kathy), children, Gavin and Kelsey); brother Les and his stepchildren: Morgan and family of Winnipeg; Brian (Vivian) and family of Brandon; His sister Essie (Vernon) Johnson and children: Tara (Dave) Kitt, and their children, Brett and Jordan; Dana (Ken) Templeton, and their children, Taylor and Madison, Brandon. Son Robert Scott (Sharon Gruss) of Kelowna and their children: Aric of Calgary, and Kaylyn (Kirk) Gulick of Tumbler Ridge, BC, and their sons, Julian and Emmett. Brother William of Brandon, and sister Judy of Portage la Prairie. Bob attended Portage Creek School, and later the University of Manitoba. He met his best friend and lifelong partner, Lorraine Robinson, when she was teaching at Portage Creek School, MB. Bob received his private pilot's licence at Southport in 1951. He joined the Winnipeg Police Service in 1953, starting as a constable and retiring 36 years later as an inspector. During his service he received two lifesaving awards. He and Lorraine were married in 1955. They made their home in Winnipeg, where Lorraine continued teaching for 35 years. Their son, Robert Scott, was born in 1960 and daughter, Lori Leanne, was born in 1962. Their life revolved around their family and community. Their children, grandchildren and great-grandchildren, Julian James and Emmett Daniel were the delight of their lives. Bob and Lorraine travelled to Sydney, Australia for the 1988 Bicentennial World Fire and Police Olympics, where Bob competed in the police combat shoot. They had 30 great years at their summer home on Traverse Bay, Lake Winnipeg, and 21 winters in Yuma, Arizona. Other interests were: Toastmasters International (DTM), Les Gens de Bois wood carving club, family history, and Winnipeg Police Museum. Lorraine tamed a farm boy and supported him in all his endeavours. He leaves behind a wonderful, loving and caring family. It is his wishes that cremation by Everden Rust, Kelowna, BC, will take place and there will be no funeral. A memorial service will be held at a later date, set by Ron Moffit Memorial Services, 204-856-3487, Portage la Prairie, MB. Interment will be in Hillside Cemetery, Portage la Prairie, MB. Anyone wishing to do so, may make a donation to a charity of their choice.