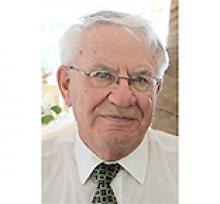 (ANTHONY) STEVEN MALKOWICH It is with great sadness and heavy hearts that we announce the passing of (Anthony) Steven Malkowich on January 17, 2019 at the Assiniboine Palliative Care Unit in the Brandon Regional Health Centre. Steve was born on August 8, 1935 to Dan and Elizabeth Malkowich on a farm in Fisher Branch, Manitoba (he was an Interlake boy). Steve was predeceased by his brothers, Nicholas, Bill (Jean), Harry (Olga), Walter (Joanne) and Fred (Shirley). Steve is survived by his sisters, Lovey Kuryk (Johnny) and twin sister Augustine Konopetcki (Eddie). Left to mourn his passing is his wife Joanne of 61 years, daughter Alison Scott (Gordon), daughter Louise Lamont (Scott) and son Steven Malkowich (Trisha Snow). Steve had seven grandchildren, Meghan and Mason Malkowich, Kris McCarthy (Stephanie), Chelsea Argenta (Dan), Adam Lamont (Brenna), Ryan Lamont (Whitney) and Stephanie Will (Joshua), along with eight great-grandchildren, Kaelyn and Kiya McCarthy, Dominic and Maverick Argenta, Michael and Danielle Lamont, Finley Lamont, and Maple Will. As a young man Steve was adventurous and headed to Winnipeg. Not long after arriving in Winnipeg he took a meteorology course, then went to teachers college and taught school in Inwood, Manitoba. He then moved to Churchill, Manitoba where he was employed by the Engineering section of the Department of National Defence. It was there that he met his beautiful bride-to-be Joanne Marie Sawchuk on a blind date at the Churchill dance hall. This chance meeting began their lifelong love of dancing. Steve and Joanne tied the knot September 7, 1957 in Winnipeg, Manitoba. Their first daughter Alison was born April 11, 1959 in Churchill, Manitoba. Employed by the Department of Natural Resources as a Conservation Officer, Steve and family moved to The Pas, Wabowden and Island Lake. This is where their second daughter Louise was born in Winnipeg, Manitoba on April 8, 1961 due to existing lack of medical facilities. Steve and Joanne along with their young family moved to Lynn Lake, Neepawa and McCreary, Manitoba where Steve stayed with the Department of Natural Resources as a Conservation Officer. Their son Steven Malkowich was born there February 12, 1965. Steve then accepted a position with the Federal Department of Indian Affairs moving to Thompson, Brandon, Portage la Prairie, eventually ending up in Winnipeg, Manitoba. In 1977 Steve left the Federal Government to pursue a lifelong dream - to own a hotel. The family purchased the Arlington Hotel in Morden, Manitoba where the family took up residence. Steve and Joanne then purchased the Morden Cinema eventually selling both businesses and becoming involved in the local real estate market and a few other business ventures. While Steve was in Morden he became involved in a number of community organizations - the Morden Corn & Apple Festival standing out as one of his major contributions along with many others. From his penchant for community involvement, Steve became involved with Ducks Unlimited and officially took on the role of Manager of Event Volunteer Relations with the responsibility of raising funds to help conserve and retain waterfowl lands and waterways focusing on Manitoba and Saskatchewan. Upon retirement Steve and Joanne decided to settle in Brandon, Manitoba where Steve was instrumental in the construction of the Kristopher Campbell Memorial Skate Plaza. Steve also loved children which translated into him becoming the official Santa Claus of Brandon. Participating numerous times in the Brandon Santa Claus Parade, as well as playing the role he truly loved at private functions too numerous to mention. Steve and Joanne have been residents of the Lions Manor in Brandon for the last 10 years. Steve also enjoyed golf, and when not playing golf at Glen Lea Golf & Country Club, could be seen regularly providing course marshalling duties throughout the spring, summer and fall months - making sure the patrons were moving along at an appropriate pace. Steve and Joanne were recently awarded the Brandon Sun "Above & Beyond Award" presented in June of 2018 sponsored by the Guild Insurance Brokers of the Westman region. Steve loved to dance, curl, golf, hunt, fish and watch hockey. His love for the outdoors was reflected in his numerous wood carvings and bird house construction for his beloved birds. Steve always loved visiting family and friends. He will be greatly missed by all. A celebration of Steve Malkowich's life will be held Wednesday, January 23, 2019 at 11:00 a.m. at St. Augustine's Roman Catholic Church, 327 - 4th Street, Brandon, Manitoba. A private interment will follow at a later date at Rosewood Memorial Gardens in Brandon, Manitoba. Flowers are gratefully declined. Donations may be made to the Brandon Riverbank Inc., #1 - 545 Conservation Drive, Brandon, Manitoba R7A 7L8 - bench fund for Steve Malkowich in which a granite bench will be placed where Steve loved to sit and visit with nature, and especially watch his beloved birds. The family would like to acknowledge the compassion and care received from Dr. Visser, Dr. Akerele, Dr. Nichol and Dr. Moeller and all of the 3rd floor Palliative Care Staff and nurses for their empathy and care in providing our father the dignity and respect he so rightly deserved in his passing. Expressions of sympathy may be made at www.memorieschapel.com. Arrangements with Memories Chapel, Brandon, Manitoba, 1-855-727-0330