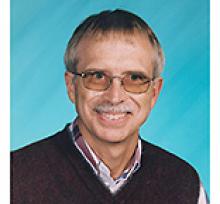 GARTH BRADLEY 1945 - 2019 Following a challenging illness, Garth passed away January 26. He is survived by Judy, his loving wife of 47 years, his sister Linda, brothers-in-law, Gordon (Eileen) and Norman (Pat), and sisters-in-law, Joan (Chris) and Arlene. Garth and his sister Linda were raised in Winnipeg, growing up in the West End. Throughout his childhood and adult life, he was a constant support, advocate and loving caregiver for Linda, who will sorely miss the constant presence of her brother in her life. Garth completed his public school education at Daniel McIntyre Collegiate and graduated from the University of Winnipeg with an Honours B.A. before going on to complete a degree in Education. His years as a teacher were largely spent at Charleswood High School, and Shaftsbury High School. Idleness did not suit Garth, so he returned to work as a Security Guard after retiring from teaching! Garth was an athlete who was particularly involved in water sports. He was a lifeguard, an avid scuba diver, water skier and assisted with high school water polo. Judy was his partner in diving and together they had wonderful dive holidays in the Caribbean. Judy and Garth loved to travel and enjoyed many parts of the world. Their holidays always took them to Camp Waterfall and there they spent many happy hours boating and water skiing. Garth was a long-term, dedicated member of St. Augustine Church. He served on its board of directors and willingly took on many tasks as these arose. Garth will be missed by the many whose lives he touched including his longtime friends, Ron Lambert (Judy) and Ross Newton (Debbie). The support they have offered Garth and Judy throughout this difficult time has been greatly appreciated. Thank you to the staff on T7 at Deer Lodge Centre for your compassionate care. A Celebration of Life will take place at 2:00 p.m. on Friday, February 8, 2019 at Neil Bardal Funeral Centre, 3030 Notre Dame Avenue (across from Brookside Cemetery). In lieu of flowers, donations may be made to Winnserv INC. (101-960 Portage Ave., Winnipeg, MB R3G 0R4) or to Deer Lodge Centre (2109 Portage Ave., Winnipeg, MB R3J 0L3). NEIL BARDAL FUNERAL CENTRE 204-949-2200 neilbardalinc.com
Publish Date: Feb 2, 2019