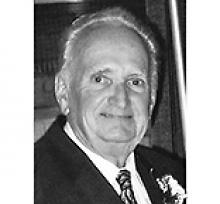 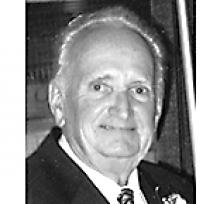 ROBERT (BOB) JAMES HARRIS Robert (Bob) James Harris passed away peacefully Thursday, January 31, 2019, with family at his side. Left to mourn his passing: his wife, Beverley, of the past 61 years; three sons, Robin (Leona), Ward (Deborah), and Carl (Samantha); seven grandchildren and spouses, Rebecca, Robert, Michael (Kelsey), Nikki (Colin), Christopher (Katie), Angela and Daniel; two great-grandchildren, Keith, and Brooke; one younger brother Andy; as well as numerous nephews and nieces. He was predeceased by his parents, Arthur and Dorothy Harris; three brothers, Art, Les, and Roy; and one sister Margaret. Bob was born in Virden, Manitoba on February 8, 1934. He took most of his education in Brandon schools and Brandon College. He also attended McMaster University Divinity School in Hamilton, Ontario, and the University of Manitoba Faculty of Education. He married Beverley Tolton in 1957 and they moved from Brandon to Souris where he taught High School for two years before moving to Wawanesa where he was Principal for five years. They moved to North Kildonan in 1964 and he worked in River East School Division in several schools (River East Collegiate, Morse Place Junior High, Maple Leaf and Emerson). He retired from education in 1989. Along with his teaching career, Bob also served a number of churches as pastor. For nearly 25 years he was pastor of Tabernacle Baptist Church and Pilgrim Baptist Church in Winnipeg. During his college years in Brandon he preached each Sunday at Little Souris, Beresford and Brandon Hills United Churches. While in Souris and Wawanesa he served churches in Elgin, Minto and Regent. Bob was active in the Kiwanis Club of East Kildonan since 1967, serving in most Club offices. He was also a life member of the Winnipeg Philatelic Society since his main hobby was stamp collecting. Bob and Beverley enjoyed playing golf together and traveling by car, bus and several cruises. They had a great, happy life together. Funeral and arrangements Saturday, February 16 at 2:00 p.m., Glen Eden Funeral Home and Cemetery, 4477 Main Street, West St. Paul. In lieu of flowers, please donate to a charity of your choice.
Publish Date: Feb 5, 2019