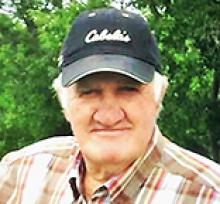 BRYAN WILLIAM CONNELLY March 4, 1942 - February 3, 2019 It is with great sadness that the family of Bryan William Connelly announces his passing on Sunday, February 3, 2019, peacefully at his home in Oak Point, Manitoba, at the age of 76 years. Bryan will be lovingly remembered by his wife of 53 years, Constance, and his children, Don (Sheila), Donna (Claude), John and Monica (Jack). Papa will be deeply missed by his grandchildren, Marie (Eddie), Kayla (Wade), Alex, Shawn, Chelsey (Mike), Brett, Jade, Jenna, Dalton and Kyle, as well as his great-grandchildren, Michael, Phoenix, Tyler, Taylor and Shyla. Bryan is also survived by his nine siblings, Teresa, Jean (Bill), Cecile, Irene, James (Giselle), May, Charlie (Annette), Raymond (Diane) and Aggie, along with in-laws, Denise Connelly and Bernard Fournier. He was predeceased by his parents, Patrick and Aurise, and siblings, Robert, John, Marg and Hilda. Bryan was born on March 4, 1942, in St. Laurent, Manitoba. He married the love of his life 'arguing partner' on October 1, 1966 at Notre Dame Church. They later resided and raised their family at the Quarry. Bryan worked various jobs that included carpentry, commercial fishing, farming and trapping. In his free time, Bryan enjoyed fishing, hunting, frog picking, gardening and watching WWE on Monday and Friday nights. Most of all, he loved his grandchildren and being there for their activities. Funeral Mass will be held at 11:00 a.m. on Monday, February 11, 2019 at the St. Laurent Roman Catholic Church with Father Paul Tinguely officiating. Pallbearers are Shawn Normand, Brett Normand, Kyle Normand, Dalton Connelly, Alex Doyle and Mike Johnson. Our family wishes to thank the EMS and R.C.M.P. of Lundar. If friends so desire, donations may be made in Bryan's memory to Parkinson's Society of Manitoba, 414 Westmount Dr., Winnipeg, MB R2J 1P2. Arrangements by: ARNASON FUNERAL HOME Ashern - Lundar 1-204-768-2072 1-866-323-3593