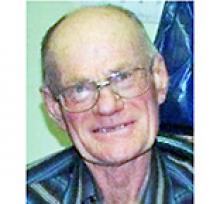 ROBERT JOHN BEZEMER Suddenly, but peacefully, on March 17, 2019, Robert John Bezemer passed away at the Lakeshore General Hospital in Ashern, MB. Bob was born on April 15, 1945 in Eriksdale, MB. He is survived by his loving partner Donna; five children, three stepchildren, grandchildren, brothers and sisters. Bob was predeceased by his parents, Bill and Elsie Bezemer, and first wife, Anne. Bob received his education in Ashern. In 1965, Bob opened his own garage and later sold the garage and started farming. He was proud to be a farmer and continued to help on the farm even after he took sick. Bob enjoyed the outdoors and looked forward to every hunting season. In the summer you could find him in the garden or out in the hay field. The special love you and I shared Bob will never be broken. You will be deeply missed by your family, and extended family and friends. Rest in Peace, Bob....miss you forever. At Bob's request, there will be no funeral held. A private family burial will take place at a later date. Thanks to all the doctors, nurses and staff at the Health Sciences Centre, Winnipeg and the Lakeshore General Hospital, Ashern for all the care you gave to Bob. In lieu of flowers, donations may be made to the Canadian Cancer Society, Multiple Myeloma, 193 Sherbrook St., Winnipeg, MB R3C 2B7. Arrangements by: ARNASON FUNERAL HOME Ashern - Lundar 1.204.768.2072 1.866.323.3593