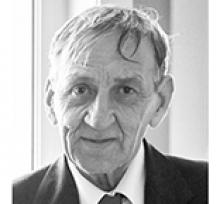 LARRY BOBBY PETRASKO December 14, 1949 - March 13, 2019 It is with profound sadness that we announce the passing of Larry Bobby Petrasko, at the age of 69 years, after a courageous battle with cancer. Larry is predeceased by parents, John and Frances; as well as brothers and sisters, Rudy, Leonard, Leona and Marlene. He will be deeply missed by his wife Bernice and children, Ashley (Drew), with granddaughters, Stella and Poppy, and Clayton (Brittany) with grandsons, Kayden and Kieran, as well as dogs, Boston and Bailey. Left to mourn are also Larry's brothers and sisters, Edward (Zinia), Johnny (Eleanor), Shirley, Gloria (Ken), Margie, Dorothy (Casmir) and Marianne, as well as many nieces, nephews and friends. Larry spent most of his career at the family farm and greenhouses working alongside his brothers and sisters. He could always be found on the back 40 planting and watering, and tossing back a few vodka or beers with friends. He enjoyed spending whatever time he could with his grandkids, he was their biggest fan. He also loved being outside in the summer, giving rides on his golf cart. He was small in stature, but mighty tough in spirit; a gentle soul who will be missed dearly. What we would give to have just one more time, one more drink, and one more laugh with him. A celebration of his life will be held at Seasons Funeral Service, in Oakbank, MB, on Wednesday, March 27, 2019 at 10:00 a.m. If you so choose, donations can be made to Wheels of Hope Transportation Service (Canadian Cancer Society), in Larry's name. Thank you to Dr. Harlos, and his staff at HSC, as well the doctors and staff at Selkirk General Hospital, Concordia Hospital and Hope Transportation. DadRemembering you is easy, I do it every day. Missing you is the heartache that never goes away. Condolences may be left at seasonsfunerals.ca