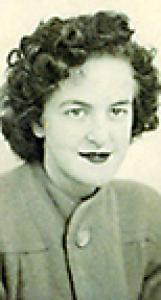 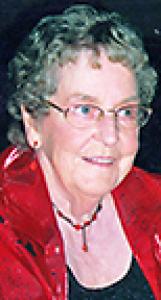 PHYLLIS DIANA MONTGOMERY (HENDERSON) May 7, 1930 - March 16, 2019 Phyllis Diana Montgomery (88 years old) gently and with dignity passed away on March 16, 2019 at Deer Lodge Centre, surrounded by her children. Mom is now reunited with her loving husband Edward Harold Montgomery who passed away April 4, 2017. They would have been married 70 years as of December 4. 2018. Phyllis and Eddie (as she called him) met in 1947 at a dance hall in Winnipeg. According to Mom she was not terribly impressed with his city slicker ways but obviously she got over that as they married and had seven children. The family expanded with the arrival of 13 grandchildren who produced 14 great-grandkids who then added seven great-great-grandkids. Mom and Dad were very proud of all of these children who resulted from two young people meeting at a dance hall in 1947. Quite a legacy. Mom was born in Eriksdale, Manitoba May 7, 1930 to D'arcy and Christina (Teeny) Henderson (both deceased 1977) and grew up in Camper, Manitoba with her five sisters. Her life in Camper was full of music, love, laughter and of course hard work. Mom attended school in the Interlake district and then moved to Winnipeg as a teenager to work at Moores Business Forms. This move to Winnipeg led to her meeting Dad and the rest is history. Mom and Dad lived most of their married life together in Winnipeg except for a few early years when they lived in Castlegar, BC and then Coaldale, AB. Their forever home (after multiple moves) was built for them on Knox Street in St. Charles, MB where they resided until 2017. They also had a summer place in Petersfield, MB which Mom loved so much she got a job at the Petersfield Hotel and just stayed there all summer. Mom loved babies, shopping, music, dancing (she would always lead), pets, gardening, rearranging furniture and of course Bingo! Mom worked at various restaurants including Granite Curling Club, Silver Heights Restaurant, Assiniboine Downs, The Bay Unicity to name a few. She also was a registered foster parent with Marymound and took care of children in need of a safe home. Mom and Dad travelled to Hawaii, Reno, Nevada, Mexico, and took a cruise just to name a few. Mom and Dad loved each other deeply which was even more intense in the final years together. Mom missed Dad every day since he passed and now they are reunited. Phyllis is survived by her children: Barbara Wipf (Paul), Edward "Gar" (Connie), Doug (Donna), Donald Nelson sadly did not live past his infancy but was very much loved by all, Beverly Montgomery Foster (Fred), Diana Montgomery / Hanslip (Ray) and Lloyd (Tamara); grandchildren, Michael Hunt (Milly), Brad Hunt, Jackie Hunt (David), Carolynn Brightnose (Dale), Dan Montgomery (Theresa), Michael Montgomery (Carly), Matt Montgomery (Barbara), Mackenzie, Duncan and Christina Murta, Katey, Eliza and Joshua Montgomery; 14 great-grandkids and seven great-great-grandkids; sister Evelyn Hjeldness, in-laws, Don Montgomery (Marion-deceased), Bill and Joan Montgomery, and numerous nieces and nephews. In addition to those already mentioned Mom was predeceased by four of her sisters and their spouses, Thelma (John) Price, Eleanor (Art) Barker, Dorothy (Jack) Parsons and Kathleen "Kay" (Donald) Price; mother and father-in-law William "Bill" (Rose) Montgomery, and brother-in-law Lloyd Montgomery. The family would like to send our gratitude to the whole team on T6 at Deer Lodge Centre for the loving, professional way you cared for our mother. Special thank you to her very good friend Myra, Mom's newest friends, Tara and Sandra who did her hair twice a week which included a sing along to classic country tunes. You all made her very happy. Honorary Pallbearers will include every one of Mom's grandsons and granddaughters because she loved them all. Mom and Dad were both cremated, and they will spend eternity together interred side by side at Brookside Cemetery directly across from Neil Bardal's on April 7 - two years to the day that we had Dad's Celebration of Life. Mom's Celebration of Life will be held 11:00 a.m. on April 7, 2019 at Neil Bardal Funeral Centre, 3030 Notre Dame Avenue, (204) 949-2200. The service will be webcasted at neilbardalinc.com. Donations to the charity of your choice in honour of Mom, in lieu of flowers, as you wish. NEIL BARDAL FUNERAL CENTRE 204-949-2200 neilbardalinc.com