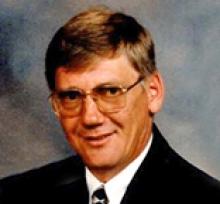 Surrounded by his loving family, Michael Price, aged 61 years of Moosehorn, MB, passed away peacefully, in the comfort of his home, on Sunday, March 31, 2019.
Mike is survived by his wife Diane; children, Cammy, Mike (Janeen), Ben (Haley) and Lara (Carman and his friend Shyla); grandchildren, Seanna, Addison, Bentyn and Lucas; sisters, Min (Larry) Gering and Mern (Pat) Budge; brothers-in-law, Rick (Marilyn), Steve (Janice) and Rob (Lori); sisters-in-law, Marlene (Joe) and Val (Bob); stepfather Eugene Syrotiuk, along with many nieces, nephews and friends.
Mike was predeceased by his father Lawrence Price; mother Violet; in-laws, Sid and Jean Postlethwaite, and nephew James Gering.
Mike was born October 20, 1957 and raised on the farm just west of Moosehorn. In 1978 he married his soulmate, Diane, and together they raised their four children in the community they both love. Mike was an avid outdoorsman and one of the founding members of the Whitetail and Walleye Game and Fish Association. He lived a very active life playing hockey, hunting, fishing, snowmobiling and quadding. He had many talents that included woodworking and cooking.
Mike was a happy, fun-loving man who will be remembered as a hilarious prankster who always had a funny story to tell. He loved his grandchildren dearly and there are no words to adequately express how much he'll be missed by family, friends and the community.
In keeping with his wishes cremation has taken place. A celebration of Mike's life will be held at 2:00 p.m. on Saturday, April 6, 2019 at the Moosehorn Community Hall with Pastor Mark Just officiating.
The service will conclude at the hall with a luncheon to follow.
Everyone present should consider themselves honorary pallbearers.
In lieu of flowers, donations can be made to the Whitetail Walleye Game and Fish Association, c/o Larry Gering, Box 74, Moosehorn, MB R0C 2E0.