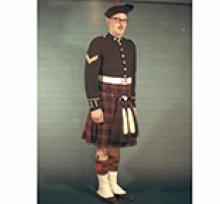 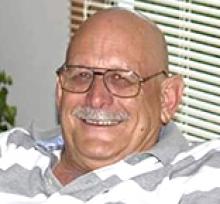 Donald Byrne Ross passed away April 15, 2019, at the age of 77.
Don was born May 4, 1941, in Winnipeg, MB, raised in St. James, moved to Belmont in his teens, where his family started up and ran a fishing camp in Pleasant Valley. From 1960, he worked 32 years for MTS, 1965 initiated into FreeMasons, Corporal of Queens Own Cameron Highlanders, Commanding Officer of Qu'Appelle Sea Cadet Corp.
He had a passion for wood working; his crowning achievement, building the family cottage in St. Malo, MB, where family gathered frequently and created lasting and loving memories.
He is preceded in death by his parents, Donald and Phyllis Ross.
Don will be lovingly remembered by wife Sandra; son Don (Liz) Ross; daughter Trista (Paul Stewart) Ross; granddaughters, Toni-Anne (John Schertow) Gaudette, Ella Ross, Alyssa Ross; great-granddaughter Clara Schertow; grandsons, Will and Cam, and extended family.
Although he has gone, we will always be together, as his spirit lives on in each one of us forever.
Following Don's wishes, no service will be held. Instead, he asks that you raise a glass in his memory.
In lieu of flowers, please make a donation in his name to Waldenstrom's Macroglobulinemia Foundation of Canada.
Many thanks to the staff of 3rd floor Grace Hospital who kept Don comfortable until the end.