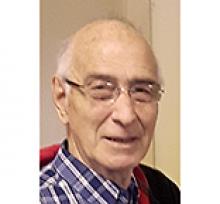 Peacefully, in his 80th year.
Richard was predeceased by his parents, Edith and Magnus Brown, his brothers, Orin and Tommy, and his loving wife Jean.
He leaves to mourn his passing, his sons: Darryl (Michele) and Jason, and his grandsons, Liam and Colton, who fondly share their grandfather's love of butterscotch pudding and jellybeans.
Richard spent all of his life in Winnipeg, marrying Jean Merkley in 1965 and settling in Charleswood. He enjoyed a career with MacMillan Bloedel Limited, however, even retirement didn't slow him down, as he continued to work both at the apartment complex him and Jean resided at in later years, and also working full time at Canadian Tire. He also enjoyed spending his summers with his family at their cottage in Matlock.
Richard joined Capital Lodge A.F.A.M. in 1974, followed by the York Rite and Khartum Shriners in 1976. His outgoing personality landed him in the Khartum Komedians, spreading much joy, laughter and smiles to all he came into contact with.
At Richard's request, cremation has taken place and a graveside service will take place on Thursday, May 2 at 2:30 p.m. at Chapel Lawn Cemetery.
The family would like to express their appreciation of the staff and doctors at Grace General Hospital, for their compassion and care of Dad during his final days.