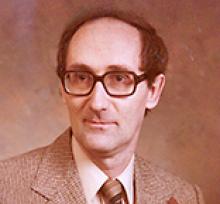 Donald was born in and spent the first 21 years of his life in Minnedosa. As a boy he
enjoyed the Royal American Shows Midway at the Brandon Fair and other youthful
pursuits.
Donald's maternal grandfather was a
conductor on the Canadian Pacific Railway and an interest in trains stayed with him.
From 1966 to 1997 Donald was in radio at Portage la Prairie, North Battleford and Altona. Donald understood and used radio's ability to convey news, music or a smile. Among movie actors, W. C. Fields and Mae West were favorites. Donald enjoyed some of the nice things in life such as his Lincoln
automobile and rounds of golf at Clear Lake Golf Course.
Donald's father, Wallace, successfully ran H.S. Taylor and Son Insurance Agency in Minnedosa for many years.
Donald was predeceased by infant brother Paul in 1942; father, Wallace, in 1963; mother, Amy, in 2000; and brother David, who was close, in 2012.
Donald was a member of Minnedosa United Church. He and David moved back to Minnedosa in 2009.
Don is survived by cousins Michael
(Wendy) Hart, Luke, Damon (Anna) Hart of Winnipeg and Fergus Taylor of Des Moines, Iowa. Don is also survived by many other
relatives and friends dear to him.
A funeral service will take place on
Tuesday, April 30, 2019, at 2:00 p.m. at White's Funeral Chapel, 34 3rd Ave. SW, Minnedosa, MB, with interment to follow in the family plot in the Minnedosa Cemetery.
It would please Donald that anyone wanting to make a donation in his memory, do so to their charity of choice.

Messages of condolence may be
placed online at www.whitesfh.ca