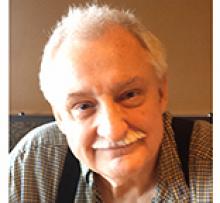 Sadly, I announce the passing of my good friend Glen Hewitt. Glen was born on October 19, 1945, and he died on April 25, 2019.
During his life, Glen travelled life's halls meeting its obstacles with resolve and conviction. His goal in life was to make this world a better place. He often lacked the tools to combat life's adversities but, in his own way, he persevered and prevailed. He observed, he learned, and he concluded that the world could be a better place.
After he graduated from high school, Glen joined the Navy. Upon his discharge, he worked as a postal employee and then, in 1974, he began a long career with the City of Winnipeg's Waterworks Department. He retired from that job in 2008. Glen then volunteered at the Victoria General Hospital. He loved working as a volunteer at the "Vic" and, in return, he was loved.
One of Glen's most enjoyable experiences was when he served as the President of the Riel Community's Resident Advisors Group. He did that for many years, interacting with City of Winnipeg Councillors and area residents.
Glen was always pleasant. You couldn't leave his presence without a good laugh and a smile on your face. He wanted to make a difference and he did. How many people can say that?

Goodbye my friend.
Enjoy your journey and have a safe trip.

No service is planned.
For those who so desire, a donation in Glen's name can be made to The Guild of the Victoria General Hospital or to a charity of your choice.