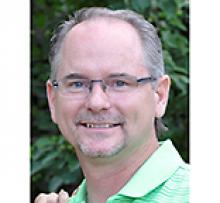 It is with sadness that we announce the passing of Daryl Giese on May 26, 2019 in Winnipeg, at the age of 58.
He was predeceased by his parents, Ernest and Marjorie Giese. He is survived by his family: daughter Lauren Coates (Iain); and son Kyle Giese (Megan Schwartz); their mother Janet Giese; sister Marlene (Harold) Klassen; brother Rod (Heather) Giese; and nieces and nephews.
Daryl was born in Morris, MB on October 2, 1960. He moved to Winnipeg at age 19 and was successful in sales and management at Tip Top Tailors. In 1987 he began his career at Canada Post Corporation. Daryl mostly worked in corporate sales and service and retired as Manager of the Control Centre for Western Canada. His most enjoyable venture was launching ePost as a new innovative electronic service.
After retiring from Canada Post, he enjoyed selling hunting and sport equipment to various retailers and lastly worked in the gun department at Cabela's. His satisfaction in sales always came with finding products and services that met the needs of his clients.
Daryl was an active member of the St. Hubertus Game and Fish Association. He often organized the season's sporting clay shoots and received many awards and trophies for his own accomplished targets.
Daryl was an outdoorsman and felt most comfortable being close to nature to enjoy the wildlife. His final homestead was a cabin on 40 acres of natural forest, where he could watch deer and bears from his window. Daryl had a love for all animals and especially missed his beloved chocolate Labrador retriever, Bear.
Daryl was always an active member of a Lutheran church. First growing up in Morris, then raising his family with his wife at Sherwood Park Lutheran Church. He took part in council, committees and sang in the choir.
Thank you to the staff at Health Sciences Centre for their care over these past weeks.
A memorial service will take place on Thursday, June 13, 2019 at 2:00 p.m. at Faith Lutheran Church, 1311 Dakota St. A private family interment of ashes will take place at a later date.
In lieu of flowers, donations may be made to: Addictions Foundation of Manitoba, 1031 Portage Ave., Winnipeg, MB R3G 0R8 or Manitoba Wildlife Federation, 406-1200 Sherwin Rd., Winnipeg, MB R3H 0K4