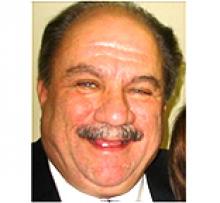 
It is with great sadness we announce the sudden passing of Robert Frank Deeley, aged 61, of Calgary, AB. Robert was predeceased by his father Frank Deeley of Winnipeg, MB in 2011.
Robert is survived by his daughter Jennifer, mother Helen, brothers, Jim and Chris, along with numerous aunts, uncles, nieces, nephews and cousins.
Cremation has taken place and a private family interment will be held.
Robert was born in Winnipeg. He graduated Sturgeon Creek Regional Secondary School in 1976 and received his Red Seal as a Heavy Duty Equipment Mechanic in 1980. Robert was gifted with his hands mechanically and was an accomplished renovator. He had a gregarious laugh that could be contagious. He loved camping and would take any opportunity to head out with his fifth wheel and enjoy the outdoors.
The family requests that donations be made in Robert's name to a charity of your choice.