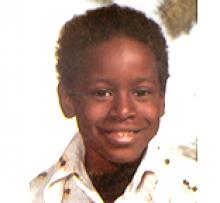 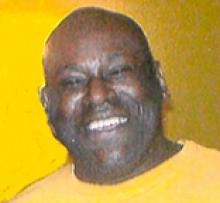 Robert passed away on Friday, June 7, 2019, due to a horrendous, random act of
violence.
Robert was born on a Sunday at the Women's Pavilion Hospital. He grew up in East Kildonan. Robert attended Angus McKay, John Henderson, Miles Macdonell Collegiate, and Kildonan East Collegiate. He was an
extremely athletic individual throughout his childhood. Robert's passion for sports had him being a 5-Pin Bowler at Rossmere Lanes, hockey player at Bronx Park C.C. and North Kildonan C.C., football player at Chalmers C.C., and baseball at Melrose C.C. and North Kildonan C.C. In recent years, Robb was coaching football at Valour C.C. while his son, Christian played on the same team.
Robb was also an entrepreneur, as he owned "CC Windows & Pools".
Robert was the best person you could ever meet. He brought joy and laughter and
beautiful children to this world. He knew how to make you smile and he was there if you needed a hand. Robert was kind and loving and even though he isn't with us physically anymore, he is in our hearts no matter what. Nothing will be the same without him, but I know he is watching down on us.
Robert will be missed by his parents, Carol and Mitch Mitchell, Amber (daughter),
Christian (son), Darianna, Justice, Kimberly and Mika (daughters), partner Jessica,
(sisters), Regan and Ryon (brother-in-law Ryan), Megan and Linda (aunts), Jordan
(nephew), Irish (niece), Josh (nephew), Nicole (cousin), and numerous cousins, extended
family and friends.
Robert is predeceased by his father Walter Donaldson Jr., both sets of grandparents, Phyllis and Earl Brisco, and Annie Belle and Walter Donaldson Sr., and Mumford Devine (uncle).
We would like to thank the Good
Samaritans, First Responders and HSC staff for all their efforts to keep Robert alive in spite of his injuries.
A Celebration of Life will be held on
Sunday, June 30, 2019 at Bronx Park C.C. (720 Henderson Hwy.) at 3:00 p.m. led by Pastor Bruce Martin. Viewing will be held one hour before the celebration beginning at 2:00 p.m. In honor of Robb, we ask that people wear their favorite sports jersey to his celebration. Please no flowers!
Pallbearers are Brian Dueck, Terry Lee, Courtney Watson, Dan Kupchik, Ryan Aitkenhead, Rob Beck, Fran Linklater, and Guy Lafleur. Honorary pallbearers, Christian Donaldson, Jordan Mitchell, Josh Aitkenhead, Dan McKraken, and Ervin Mitchell.
Reception to follow at Bronx Park C.C.
In lieu of flowers, donations can be made to any Assiniboine Credit Union (Robb
Donaldson) or to the charity of your choice.
Robert Christian Donaldson will be
immensely missed by his family, friends and all who knew him.