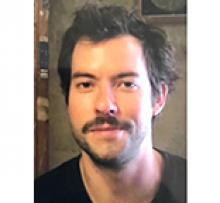 
It is with great sorrow that we announce the sudden passing of Charles Thomas Low on June 21, 2019.
Charles was born on April 11, 1985, eight minutes apart from the arrival of his twin brother; ever after to be know to the family as "the boys".
Charles spent the first three years of his life in Norway House, Manitoba until the family moved to Stonewall, Manitoba where Charles graduated from Stonewall Collegiate and later from Red River College.
The early years of Charles' working career were in the restaurant industry, before following in his dad's footsteps and working at his own company.
A love of making new friends, food, travel and adventure propelled Charles through life. He will be remembered for his sense of fun and kind, generous spirit.
Charles was predeceased by grandparents, John and Thora Low and Thomas and Elizabeth Madill. Left to hold Charles' memory are parents, Robert Paul and Wanda Low, sister Madeline Baron (Kevin, Isaac, Margot) and brother Christopher Low (Freya and baby girl).
A memorial service will be held Wednesday, July 3, 2019, 2:00 p.m. at MacKenzie Funeral Home, Stonewall, Manitoba.
In lieu of flowers, a donation may be made to a charity of your choice.