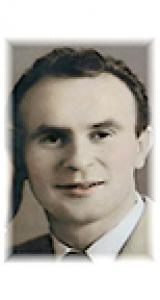 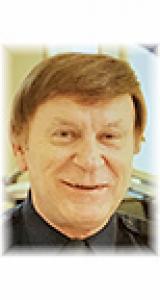 It is with much love and sadness that we say good bye to Bernard. Dad passed away peacefully at St. Boniface Palliative Care, with his family at his side, after a battle with cancer at the age of 84.
Dad married our mother Elizabeth on April 7, 1956. With Mom's passing five years ago, Dad will be lovingly remembered by his son Mark (Maureen), daughters, Kym (Bento Peixoto) and Cynthia (Michael Young), precious grandchildren, Jordan, Leanne (Alex), Glen, Jarett, Taylor, Sean and Kelly, and his many friends. He is also survived by his brothers, Leonard, Lawrence (Linda), and precious nieces and nephews.
Born and raised in Winnipeg, he attended Holy Ghost Parochial School taught by Benediction nuns, attended Lord Kitchener, and St. John High School.
Over many years and through his association and work with the Knights of Columbus, a Catholic fraternal service organization dedicated to providing charitable services and promoting Catholic education, Dad has given his time and his heart to his community in Transcona. Our father was with the Transcona Council #3853 and attained Fourth Degree Member Status with Assembly No 1937.
For over 55 years Dad had directed his community volunteer efforts through the Knights of Columbus through a variety of positions and activities. Starting in 1964, he organized the Knights of Columbus Transcona Peewee Baseball League which grew to over 450 participants. Dad was also the Membership Chairman responsible for assisting members to enlist other individuals into the Knights Council. He assisted over 132 members over 45 years. He was also involved in many different forms of fundraising, ranging from selling raffle tickets to Sunday breakfasts to provide funds to the Blessed Sacrament and to St. Joseph the Worker for their education programs.
Dad had been a very instrumental individual on the volunteer Board of Directors for the Columbus Villa at 680 Kildare Ave East. The villa is a three-story apartment complex which provides subsidized housing to individuals over 55 years of age. He had been on the Board of Directors for over 44 years. Of this time, he was the Chairperson for 16 years and the Vice President for five years.
In 2016, Dad was honoured with a Community Leadership Award presented by Casera Credit Union recognizing his decades of hard work and dedication.
Dad started with the Winnipeg Police Department District #1 in 1955. He started as a Constable "walking the beat", then moved to Traffic Division and ended his career in the Traffic Courts Unit in 1991. Balancing the demands of shift work, he always found time for his family and his community work. We had many adventures travelling to the States, camping mostly at Grand Beach, sightseeing on day trips, visiting family and enjoying night time movies at the Starlite drive-in. He enjoyed travelling with Mom to the Barbados, Mexico, across the USA - such as Hawaii, California, Florida, and across Canada, most notably, Victoria and Saskatoon.
Grateful thanks to the Winnipeg Regional Health Authority for their support. Special thanks to the St. Boniface Palliative Care staff, nurses, doctors and aides on Ward 8A for their care at the end of Dad's life and for their compassion and comfort during a difficult time.
We will miss you Dad and Grandpa, thank you for all the memories and advice. We love you dearly and will miss you forever.
Cremation has taken place and a church service will be held at St. Joseph the Worker Parish on Saturday, July 13, 2019 at 11:00 a.m. A private family interment will be held at a later date.