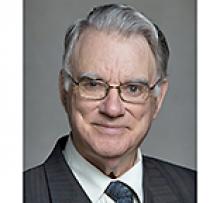 It is with great sadness that we announce the peaceful passing of our beloved husband, father, grandfather and great-grandfather, Ingthor on July 8, 2019 at the Riverview Health Centre in Winnipeg.
Ingthor is survived by his wife Gunnur, children, Thora (Don), Stefan (Jess), Heida (Dave) and Harpa (Chris), grandchildren, Tabitha, Sarah, Seth, Signy (Brodie) and Kristjan, and great-grandchild, Kai. He is also survived by his brother, Gauti (Sidda). Ingthor was predeceased by his parents, Bjarnheidur Ingthorsdottir and Indridi Isfeld.
Ingthor was born in Akureyri, Iceland's northern capital. He was the eldest of two sons, born to Bjarnheidur Ingthorsdottir and Indridi Isfeld. From each parent, he drew the best aptitudes and traits - his mother's keen intellect and precise reasoning, his father's rich singing voice and endearing humour. Ingthor's deep and enduring Christian faith drew roots from his relationship with his paternal grandmother, Sigurbjorg, whose gentle nature and expression of Christ's love through her daily life provided a soothing balm to her young grandson.
In his youth, Ingthor spent summers working on a farm, which he frequently referred to as half of his education. Ingthor enjoyed classical music throughout his life; he took vocal lessons, sang in several choirs, as a soloist, and in the chorus of Iceland's National Theatre Choir. As a young man, Ingthor was attracted to the Christian faith, inspired by leaders like Bjorgvin Jorgenson and Fridrik Fridriksson, the founder of the YMCA Christian youth movement, among others.
Ingthor attended Menntaskolinn (Latin School) in Reykjavik. He then enrolled in the Theological Department of the University of Iceland. There, he benefited from exceptional teachers and mentors, including Dr. Sigurbjorn Einarsson and Pastor Harald Sigmar, a Western Icelander who became a close, lifelong friend. Ingthor's academic course concluded upon his graduation in 1959, but his studies were unending. Ingthor distinguished himself as a scholar and read widely, not only on theology, but also philosophy, history, social and political affairs, geology, and geography - a favourite topic, as was reflected in his love of maps. But Ingthor was not just a thinker; he was equally drawn to act and to lead in community life.
In 1957, Ingthor married Gudmunda Gunnur Gudmundsdottir, who he would admire and respect with increasing measure over 62 years of their life together. The couple's lives were enriched by four children, five grandchildren, and one great-grandchild. Over many years and challenges, Ingthor's strength and infallibly reliable nature served to anchor the family.
Many knew Ingthor as Pastor Isfeld, who served several congregations in Iceland, the USA, and Canada. His work encompassed many roles; he was a community leader, advisor, counsellor, teacher, lecturer, youth educator, and more. Ingthor recognized that his community service could not have been achieved without the long-term support, resilience, patience, and sacrifice of his partner, Gunnur. Others knew Ingthor from his 11-year career as a real estate agent and broker in Winnipeg and Manitoba's Interlake region. His proficiency and integrity in this profession earned him respect and success. Ingthor concluded his career with 14 years of service to the First Lutheran Church, located in the West End, historically, the heart of Winnipeg's Icelandic community.
Over his career, Ingthor shone brightest as a youth mentor and an informative lecturer - two roles he cherished. He was also an active ambassador in the Icelandic-Canadian community, which took him to countless cultural events, receiving and guiding visitors from Iceland. In 1992, the Government of Canada awarded Ingthor a medal "For a Service to a People", an honour that he treasured.
In his final years, Ingthor drew enjoyment from reading, music, swimming, chess, "solving the world's problems" over coffee with dear friends, visits to the Gimli cottage, and spending time with treasured grandchildren and great-grandchild. Gunnur and Ingthor also enjoyed entertaining many friends and visitors from Iceland in their home. For the past six months, Ingthor and Gunnur have made Sterling House their home, where they have enjoyed meeting new people and making friends.
Ingthor was strong in mind and spirit. His courage, hard work, and ever-wise counsel left an indelible mark on his family, friends, and community. Ours is a love that would not let him go, if it were not that we know that he now rests with his Lord, in his true home.
The family would like to thank the doctors and nursing staff at the Riverview Palliative Care Unit for the excellent care they provided. Thanks also go to the congregation of Joy Lutheran Church, where Ingthor and Gunnur have worshipped and made many friends. Special thanks to Pastor Peter Lurvey and Pastor Ed Mitchler.
A memorial service and celebration will be held at Joy Lutheran Church, 50 Barnes St., Winnipeg on Wednesday, July 24 at 11:00 a.m.
In lieu of flowers, donations may be made to Joy Lutheran Church, the Riverview Health Centre Foundation - Palliative Care Unit, or a charity of your choice.

It is with great sadness that we announce the peaceful passing of our beloved husband, father and grandfather, Ingthor Isfeld, on July 8, 2019 at the Riverview Health Centre in Winnipeg.
A memorial service and celebration will be held at Joy Lutheran Church, 50 Barnes St., Winnipeg on Wednesday, July 24 at 11:00 a.m.
A full obituary will appear in the Saturday edition of the Winnipeg Free Press.