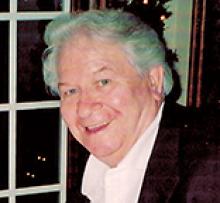 It is with great sadness that we announce the sudden passing of our beloved Dad and Poppa, Robert Lister Trotter (Bob).
Left to cherish his memories are his wife Doreen, daughter Lynda Noel (Claude) grandsons, Christopher and Sheldon, son Stephen Trotter (Tina), granddaughters, Julie and Nickie.
Bob was born in Blackburn, Lancashire, England. He and Doreen married on March 13, 1954. In August of 1974, they emigrated from England to Canada with their family.
In England, he pursued many business opportunities; the highlight for our family was our local pub and hotel in Accrington, Lancashire (The Rosebud). Bob was also a professional drummer, singer and a natural entertainer, he was happiest when he was making people laugh. Our family will cherish the memories of him playing tricks on us, telling jokes and singing his favourite Frank Sinatra songs at many gatherings.
Our family would like to thank the home care workers from WRHA, many of whom became his friends in his latter years. We would also like to thank the personnel at the St. Boniface Hospital who helped our family during his final hours.
In lieu of flowers; donations can be made to the Canadian Cancer Society.
A private family gathering to celebrate Bob's life has taken place.

He will be missed but not forgotten.