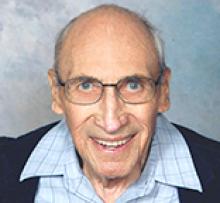 Jim was born in Transcona February 20, 1938. Peacefully and surrounded by love, Jim passed away on Sunday, August 4, 2019 at the Concordia Hospital. He was 81 years old.
He was predeceased by his father James, his mother Nancy, his sister (Jean) in infancy, brothers-in-law, Rudyard and John.
He will be sadly missed and lovingly remembered by his wife Phyllis of 60 years, his children, Shannon, Kevin (Rochelle), Blair (Natalie) and David (Lisa) and grandchildren, Shaun, Mitchell, Ashton, Courtney, Akasha and Jones and sister Margo (Wayne) as well as extended sisters-in-law, Marg (Harry) Craig, Marilyn (Merv) Letts, Norine Brand and Una Mountain and many nieces and nephews.
Jim grew up in Transcona. He began his working career as a Carman at CN Rail, going from Transcona to Symington, Hamilton, Vancouver, Dauphin, The Pas and back to Symington. In 1982 he joined the Federal Government as a rail inspector. He retired from Transport Canada in 1994 and enjoyed 25 years of retirement.
In 1958 Jim married Phyllis (Jones) and after several moves with the railway they settled in Winnipeg in 1975 with their four children. He fixed bikes for the neighbourhood children, was a skilled carpenter and would take on any project. Together, they built a cottage at Ena Lake, Ontario, enjoyed the outdoors, particularly the many weekends at the cottage where great times were spent with friends and family. It was a great meeting place for many, providing everlasting memories.
Jim loved music. As a child he learned to play the violin, guitar and played the bagpipes with the Cameron Highlanders. There are many memories of him entertaining friends and family. His quick wit and sense of humour were enjoyed by many and also helped him through many health challenges.
There will be a celebration of Jim's life at the Oakbank United Church, 582 Balsam Crescent, Oakbank, MB on Thursday, August 8 at 2:00 p.m.
In lieu of flowers, donations can be made to a charity of your choice.

You're gone but not forgotten,
all our memories will be cherished,
no words will take away the pain.