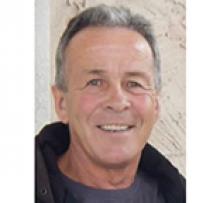 
It is with great sadness that we announce the passing of Ron on August 5, 2019 at his home in Argyle, MB.
He leaves to mourn his beloved wife Dawn (nee Paulson); son Derek (Holly); daughters, Payge and Raina (Marcel); brother Jack (Joan) and nephew Cory; twin sister Judy; grandchildren, Addalyn, Paislee, Hailly (Cody), Mia, Madilyn, Andre and Lesly and great-grandchildren, Zoey and Owen. Ron was predeceased by his parents, Lawrence and Irene.
To describe Ron best would be to say he was "down to earth". What you saw is what you got. He was friendly, honest and genuine with all whom he met. He loved his family and thought the world of his wife, kids and grandkids. He often expressed how lucky he was to have such a wonderful family. During his working years he often divided his time between his job at the Provincial Government's Natural Resources Department and helping out on the family farm. Some of Ron's happiest times were spent hosting the annual family thanksgiving dinner at their country home in Argyle. It became a tradition that often involved bikes, kids, dogs, card games, singing, laughter and the giant bonfire. His presence will be greatly missed by all who knew him.
A service will be held Saturday, August 10, 2019, 3:00 p.m. at Mackenzie's Funeral Home in Stonewall, MB, followed by a celebration of Ron's life at his home in Argyle. The celebration will include food, friends and a commemorative bonfire later in the evening. All are welcome to attend.