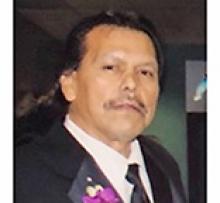 We love you Pops and will miss you forever...

Condolences may be sent to the family
c/o Spirit Road Funeral Services Inc.,
PO Box 200, Fort Alexander, MB, R0E 0P0,
204-340-6490 or friends may leave a message of sympathy at spiritroadfs@shaw.ca