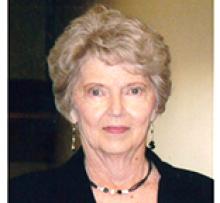 
Corrine Warkentin, 80, of Steinbach, MB, formerly of Landmark, MB, passed away on Monday, August 12, 2019, at Bethesda Regional Health Centre, Steinbach, MB.
She is survived by one daughter, four sons and their families, along with three sisters, three brothers and their families.
Corrine was predeceased by her loving husband Alfred, two brothers and one sister.
The funeral service will be held on Friday, August 16, 2019, at 10:00 a.m. at Birchwood Funeral Chapel, 162 PTH 52 W, Steinbach, MB, followed by the burial at Heritage Cemetery, Steinbach, MB. No public viewing will be held.
Donations in memory of Corrine may be made to the Bethesda Foundation.