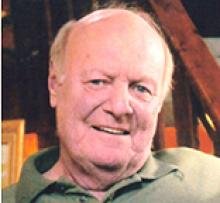 
It is with profound sadness that we announce the passing of our dad, grandfather and friend, Martin Voss, on Wednesday, August 14, 2019, at Bethesda Regional Health Centre, Steinbach, MB.
Dad was born November 28, 1946, in Driebergen, Netherlands to Jerry and Arina Voss. In May 1952, with his family and little sister, Jolly in tow, they took a voyage on the S.S. Rotterdam and immigrated to Canada. They settled in Ontario and eventually moved to Norway House, MB.
Dad graduated from United College (University of Winnipeg) after which saw him take on several professions - teacher, social worker, employment counsellor, immigration worker, and eventually retiring after several years in investigations with the Federal Government. Upon his retirement, he received recognition, from then Prime Minister, Stephen Harper, for his long and loyal service with the federal government.
Dad enjoyed many activities through his life. He was an accomplished musician, playing the nightclubs in his early years; enjoyed sports playing hockey, baseball and football for the Landmark Dutchman Football Team. It became a family affair when he coached his son's football team (Steinbach Raiders) in the 1990s. Overall, Dad's favourite pastime was spending time with family especially the apple of eye, his two granddaughters, Saundra and Clarissa.
He will be greatly missed by his children: Ryan (Jamie, Saundra and Clarissa) and Andrea (Lawrence); his sister Jolly (Ed) Marchuk, Byron (Jeannie) Voss; his nephews: John, Jason, Benjamin and Daniel and his best friend Helen Voss.
Dad was predeceased by his dad (Jerry), mom (Arina) and sister (Diana Voss-See).
We would like to thank the wonderful nurses, Dr. Reimer and Dr. Ilchyna for taking care of Dad during this time. A special thank you to Mom for the time, care and help she was to Dad during his illness.
In accordance with his wishes, cremation has taken place and no formal service will be held.
Condolences can be left for the family at www.birchwoodfuneralchapel.com.
In lieu of flowers, donations in memory of Martin may be made to CancerCare Manitoba Foundation.