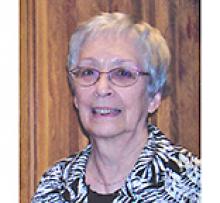 
Peacefully, after a three year courageous battle with cancer, Joan, a beloved wife, mother, grandmother, sister, aunt and friend passed away.
Joan is survived by her husband of 62 years, Ron; son Jeff (Kelly); sisters, Bernice (Ray) and Sandy; special grandchildren, Rob (Sarah), Natalie and Morgan (Ric); as well as many longtime friends in Winnipeg, Alberta, BC, Arizona and at Willard Lake, ON.
Joan was predeceased by her parents, Peggy and Neil; sister Neila; brother Russell; and son Greg.
Upon graduating from Daniel MacIntyre Collegiate, Joan worked at Manitoba Hydro and then married Ron in 1956. Upon the birth of her boys, Jeff and Greg, she stayed home and looked after all three men in her life. She was an excellent cook and baker and when she had free time she was an avid reader of mystery novels.
The family would like to acknowledge the exceptional care and treatment received by the staff at the Buhler Cancer Centre at Victoria Hospital and at the St. Boniface Hospital Palliative Care Unit.
A memorial service will be held on August 23, 2019 at 2:00 p.m. at Thomson "In the Park" Funeral Home, 1291 McGillivray Blvd.
In lieu of flowers, donations can be made to CancerCare Manitoba.