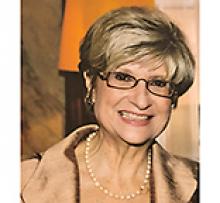 On August 13, 2019 Mary Veenhuyzen passed away, after giving pancreatic cancer her last and very best fight.
Mourning her passing are her husband Hans; her children, son Yorgo, wife Jan and grandchildren Mia and William; daughter Carla van der Zweep, husband John and grandchildren, Daniel and Ian; her sister Katie Varsamis; her cousin Stella Iacovides, husband Chris and their children, Harris and Stavros; as well as a large group of extended family and friends in Canada and abroad.
Mary was born in a Greek community in Alexandria, Egypt; a bustling multicultural city that was once considered a jewel in the Mediterranean. She learned to speak Greek, English, French, and even Arabic. She enjoyed growing up among her beloved cousins and spending summers on the beaches of the Mediterranean. Circumstances lead her to move, along with her parents, sister and brother-in-law (Dr. John Varsamis) to London, England, where she became a nurse. After immigrating to Winnipeg in 1963, she worked for Great West Life Insurance Company. She was then transferred to Montreal, where she met and married the love of her life, Hans. Together, they earned B.A. and B.Ed degrees, and taught for over 30 years in the St. James Assiniboia School Division. She was the first itinerant French teacher in her Division at the elementary level and she piloted the first Kindergarten French Immersion Program at Assiniboine School. She went back to university to become a resource teacher and later, a reading recovery teacher, which she enjoyed doing until retirement.
Despite full time work, and part time studying, she was also a full time mother, somehow squeezing 36 hours into every single day. There was little time for hobbies and self-interest, though she enjoyed fashion and entertaining with delicious home cooked meals (Greek potatoes!). She loved visiting her cousins and spending family summer vacations in Greece. Later, she would fall in love with the family camp in Minaki, ON where she managed to transform an old fishing lodge into a cozy Ionian village. Above all, she valued her partner in life, her children and children-in-laws and grandchildren. Bridging old world influences, and modern feminism, she carved a stylish life of warmth, laughter, family and love. She did it her way.
We'd like to thank Dr. Jeremy Lipschitz, Dr. Goldenberg, Dr. Chris Ogaranko and her oncology nurse Karen at the Victoria Hospital, and her palliative care doctors and nurses at Riverview Health Centre for such compassionate care.
Her funeral will take place at 11:00 a.m. on Tuesday, August 20, 2019 at the St. Demetrios Greek Orthodox Church.
In lieu of flowers, donations can be made to CancerCare Manitoba Foundation.

Condolences may be sent to
www.thomsonfuneralchapel.com