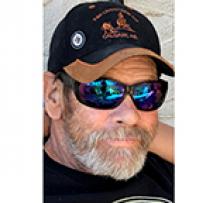 
It is with heaviest hearts and great sorrow that we announce the sudden passing of our beloved husband, father, brother, grandfather and friend, Tim Jeffrey.
Tim was born on July 6, 1957 in Winnipeg, Manitoba, where he grew up south of the city on a racehorse breeding farm, which grew his love for horses. In earlier years you could find Tim working at the Assiniboia Downs alongside his father, uncle and many cousins. You could find Tim and his wife, Corinne at the D track gathering samples from the Winning horses for testing purposes, they liked this because they could travel to many places around Manitoba.
Throughout his years Tim wore many work hats - as fishing guide, sandblaster, and industrial painter.
Tim was passionate about many things but his time spent fishing and teaching his son, Cody, were some of his proudest moments. Tim also had a love for hockey. Tim and Corinne used to run the Golden Boy Tournament for the Winnipeg Minor Hockey League with the help from staff. He loved coaching his son's hockey team, and even became the Suspension Director for the Winnipeg Minor Hockey league.
Tim was predeceased by his brother Barrie, mother Diane, and father James (Buster).
Tim is survived by his wife, Corinne, son, Cody (Kahli McRae), daughter, Lisa (Jeff Barrett), sister, Debra (William Hutton), granddaughters, Serena, Rebecca and Quinn, and constant companion, Kira, along with many other family and friends.
We welcome anyone who would like to join us for an Afternoon to Remember for Tim Jeffrey on Monday, August 26, 2019 at 2:00 p.m. to come to Chapel Lawn Funeral Home, 4000 Portage Avenue.