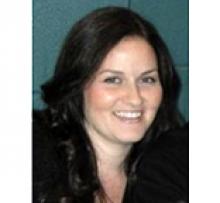 
On August 22, 2019, at 36 years old, Melissa passed away unexpectedly due to swelling in her brain caused by Viral Meningitis. The exact strain of the virus doctors are still struggling to identify. This uncertainty may have led to Melissa's passing.
Melissa was predeceased by her father Doug Mackenzie and father-in-law Jorge Avila. She is survived by her partner Richard Avila and two beautiful children, Nicholas and Annabella; her mother Ruth and stepmom Janet; her siblings, Aimée (Mark), Savannah, Haley (Andrew), Rhoni (Andrew), Gordie and Bryan; in-laws, Hortensi, Paul (Ashley), and many other family members and friends.
Melissa went to Grant Park High School and the University of Manitoba. Her path led her to become a statistician with the Manitoba Bureau of Statistics. She enjoyed listening to music and travelling, sometimes combining the two.
Family and friends were incredibly important to Melissa, she never let anyone's birthday slip by without a video, call or text. However, the most important thing to Melissa was being a mother. Her children meant the world to her, and she approached motherhood with love, commitment and joy.
In lieu of flowers, please consider donating to the "In Memory of Melissa Luff" Go Fund Me page.
A service will be held for Melissa on Thursday, August 29 at 2:00 p.m. at Cropo Funeral Chapel, 1442 Main St. Please come and honour the life of an amazing woman.