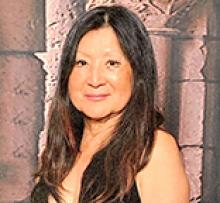 Lily Wai Kuen Ho passed away on Thursday, August 22, 2019 at the Grace Hospital in Winnipeg, Manitoba.
Born on September 30, 1937 to parents, Yuen Hong Ip and Sze Yuet Ying in Shanghai, China.
She is survived by her partner Kailash Kapahi, her two sons, Dr. David Ho and Dr. Peter Ho. She is also survived by her daughter-in-law Keiling Ho and her grandsons, Jason Ho and Alexander Ho.
She grew up in Hong Kong and started her first career as a teacher. It was here she made lifelong friends who kept close despite spreading around the world.
It was also in Hong Kong where she met and married Kung Hoh Ho. After his passing from meningitis, she immigrated to Canada from Hong Kong in 1970 with her two sons.
She settled in Winnipeg, Manitoba where she spent the rest of her life. It was here where she started her second career as an employment counsellor for Women's Employment and Immigration Services in the Canada Building.
Many people appreciated Lily Ho's dedication to her job. She often went beyond her job requirements in helping immigrant women not with just finding employment but many other social issues as well. She became a pillar of the Chinese community in Winnipeg. Even after her official retirement, she continued to help Chinese and southeast Asian men and women voluntarily.