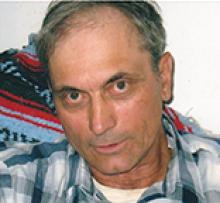 Peacefully, with his family at his side, David passed away at the age of 74 years.
He will be sadly missed by his beloved wife Cathy of 39 years; son Doug (Terry); daughter Susan (Jesse); grandchildren Carlee and Jasmine and Bradley and Paige. He is also survived by his five brothers; two sisters; and their families. He was predeceased by his parents Harold and Rosalie and in-laws Leonard and Catherine Jessop.
David lived his entire life in Anola where he grew up, raised his own family and took care of his parents on the same yard. He worked for the City of Winnipeg and retired after 30 years. David enjoyed hunting, fishing, auction sales, collecting scrap and cars and spending time with his woodcutting partner Ed Shannon. David loved being outside working around the yard. He pastured cattle and had amazing big gardens that would help feed the deer and the birds. He was a jack of all trades who could fix anything and always helped his friends and neighbours any way he could. He will be greatly missed.
Special thanks to the doctors and staff at the Tyndall Building Area 4 and 8 for their care and support over the years.
At David's request, there will be no formal service. In lieu of flowers, donations may be made in David's name to the Alzheimer's Society or the Tyndall Building Recreation Department in Selkirk, Manitoba.