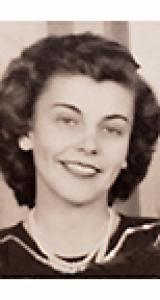 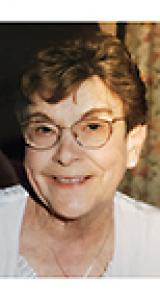 
Irène passed away at the age of 94 on Saturday, August 31, 2019 at Actionmarguerite (Foyer Valade).
Irène was predeceased by her husband Georges Cloutier in April of 2011, and son Lucien Cloutier, as well as her parents, Aurore Massicotte (née Ouellet) and Alfred Massicotte, and many brothers and sisters.
Irène was the youngest of 12 and was the only surviving sibling until her passing. Irène est née à St-Pierre Jolys le 13 juillet, 1925, mais pour ses premiers 20 ans, elle vécut sur une terre près de Kleefeld, où ses parents avaient une ferme. Elle aidait avec l'ouvrage relié au troupeau de vaches, des poules, des chevaux et aussi des renards dont son papa vendait les fourrures. Irène avait les poignets très forts ayant beaucoup travaillé sur la ferme. Elle mentionnait souvent les bons souvenirs de la ferme où elle demeurait. Elle a été pensionnaire aux couvents de Ste. Anne et Saint-Charles pour son éducation secondaire. Elle quitta la ferme quelques années avant le déménagement de ses parents à St- Pierre Jolys en 1945.
Irène a fait ses études en enseignement à l'Ecole Normale au Manitoba, et ensuite enseigna à Fannystelle. Plus tard, elle suivi un cours commerciale à L'Académie St-Joseph. Par après, elle a travaillé une année à l'Hôpital de St-Boniface et deux années comme secrétaire à MTS.
On November 6, 1948, at age 23, she married Georges Cloutier and in their years together they raised eight children. They were married for 63 years.
After Georges passed away on April 13, 2011, Irène moved to Residence Despins in the Supportive Housing section. She was there for almost two years before moving to Actionmarguerite, Foyer Valade on August 27, 2013.
Mom was a wonderful person who had a lot of faith. She loved her family dearly and she showed us how to love by example. She showed much strength and determination in taking care of all of her children including Lucien, who had Down Syndrome. Lucien was the family's angel. He taught us humility and compassion. Lucien was a bundle of energy and had significant care requirements. By the time Lucien reached seven, Mom was exhausted and a family decision was made to send Lucien to St-Amant. There were few supports available to families at that time and the decision to move Lucien was very hard on Mom and Dad.
We all remember gatherings of family and friends where Mom and Dad would be so welcoming to all. There was always room for one more at the table. Mom was a wonderful cook and we had so many memorable family meals. All the boys in particular remember the feeding frenzy that would occur when Mom would bake homemade bread or cinnamon buns. In all this mayhem she always remained calm and enjoyed the time with her children. Thankfully, the eldest, Mariette, was always a support to Mom in looking after the seven boys that followed.
Irene is survived by children, Mariette (Arnold Ternowski), Gilbert (Lorraine), Claude (Valentina), Réal (Karen Palmer), Léo (Carmen), Robert (Elena) and Georges (Heather Stagg). She is also survived by 20 grandchildren and 27 great-grandchildren. Mom and Dad were always happy when their children and grandchildren would gather for holiday and other special events. Keeping the family together was the most important gift Mom and Dad gave us.
Mom will be sadly missed by all of her family and friends. You have joined Dad at the "Table of Plenty" in the presence of God.

A Funeral Mass will be held at 10:00 a.m., Tuesday, September 10, 2019 at Christ the King Church, 847 St. Mary's Rd. Fr. Kevin Bettens will officiate. Burial will follow at Glen Lawn Memorial Gardens at 2:00 p.m.
The family thanks all of the caregivers who looked after Mom over the years. The staff at Residence Despins, the companions at Comfort of Home, and the staff at Actionmarguerite Foyer Valade were so amazing. Even with the progression of her Alzheimer's disease, many of her caregivers remarked how she remained graceful and would always smile at them. Being kind and caring for others was who she was and who she remained throughout her life.
Donations in memory of Irène can be made to Actionmarguerite - Foyer Valade.

Family and friends may sign a
book of condolence at www.desjardinsfuneralchapel.ca