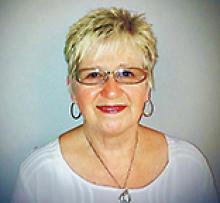 
It is with heavy hearts that we announce the passing of a loving and amazing wife, mother, grandmother, sister and friend. Bonnie passed away peacefully at Women's Hospital (Health Sciences Centre) on the afternoon of Thursday, September 5 from cancer. It was a brief, but fiercely fought battle that ended too soon.
She is survived by her dear sister May Wachal (Tom), her loving husband André Bellemare, her daughters, Tammy Quesnel, Jody Kulyk and son-in-law Andrew Kulyk, son Corey Quesnel and Christine and Glen Anderson; grandchildren, Jacob Rubidge, Lacey and Cooper Kulyk, Tanner Quesnel, Brody and Sarah Anderson, Ivy, Jarred and Phoenix; many nieces and nephews, including Sandy and Tom Wachal.
Bonnie was predeceased by her high school sweetheart, Chris Quesnel, her mom Lillian Slimmen, father Peter Slimmen, and sister Audrey Slimmen.
Bonnie was born June 11, 1952 in Winnipeg. She grew up on Winterton Avenue and stayed in the East Kildonan area her entire life, living on Neil Avenue for most of her adulthood, where many neighbours turned into lifelong friends. Bonnie was a stay at home mom to her three children until she began her career as an Educational Assistant at Salisbury Morse Place School (SMP). She worked there for 25 years and connected with staff and students in a profound and meaningful way, until she retired four years ago. Bonnie fully enjoyed her retirement spending lots of time with her grandkids, having coffee with friends and many fun nights playing cards. She enjoyed 37 summers at the cottage in Lester Beach. For the last year she spent a lot of time helping to care for her dear sister May; their bond was like no other, a relationship to aspire to. During her time at SMP, she was introduced to her husband André, by her now stepdaughter, Christine; it was a match made in heaven.
The friendships and bonds that Bonnie made lasted a lifetime, and came from many facets of her life including volunteering at Prince Edward School, her neighbours, co-workers, many seasons of bowling. She had a smile and hug for everyone she met, a heart of gold, and became 'Mom' for anyone who needed it. She touched the hearts of everyone that she met, young and old, and will be forever missed having left far too soon.
We have to thank the medical staff at CancerCare and all of the staff at Women's Hospital on the fifth floor; they gave unbelievable care, patience and love to our mom and wife - we will be forever grateful. In lieu of flowers, please make a donation to Cancer Care Manitoba in Bonnie's honour.
A Celebration of Life will be held for Bonnie on September 14 at 11:30 a.m. in the chapel of Voyage Funeral Home, 220 Hespeler Ave. Make a donation to