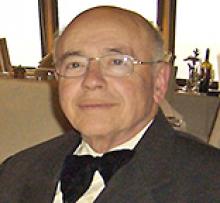 
It is with the upmost sadness that I announce the passing of my beloved brother, Perry Silver, on September 6, 2019 at the Oakville Trafalgar Memorial Hospital.
Perry was born and raised in Winnipeg, Manitoba where he lived for nearly 84 years. He was an exceptional student who graduated from St. John's Tech, going on to spend a year at United College and two years at the University of Manitoba in architecture. He then switched programs and became a chartered accountant. After working in several partnerships, he spent the majority of his career as a sole practitioner. Those who knew him well valued his integrity, honesty and loyalty. He recently relocated to Oakville, Ontario.
He is survived by his sister Sandra, his nieces, Debbie (Peter) and Ellen (Catherine), his nephew Neil, and his great-nieces, Jessamyn (Darius) and Keira.